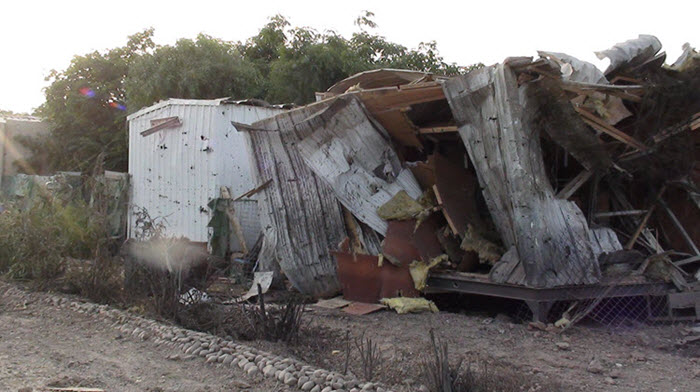 The International Business Times reported on Monday night’s missile attack on Camp Liberty in Iraq, saying that “a special unit of Iran’s Revolutionary Guards,” the Quds Force, had been blamed for Monday night’s attack.

With pictures showing the scale of destruction, in addition to the damage to infrastructure, the New York-based journal said the bombardment had injured more than 40 residents of the camp.

The home of unarmed members of the People’s Mojahedin Organization of Iran (MEK(PMOI)), Camp Liberty has “been targeted by forces loyal to Tehran several times in recent years,” The International Business Times reported.

Monday’s rocket barrage followed “an eight-day blockade that prevented food and medicine from reaching the camp”. The National Council of Resistance of Iran (NCRI), the International Business Times reported, “has also long complained that the standards at the camp are poor, and that it has been designated a temporary transit location rather than a refugee camp in order to avoid having to meet the minimum standards for refugee camps.”

NCRI President Maryam Rajavi called on the UN Security Council and the European Union to condemn the attack. She added that “the attack demonstrated that the religious dictatorship ruling Iran is terrified of the PMOI/MEK and the Iranian Resistance, which it views as an existential threat.”