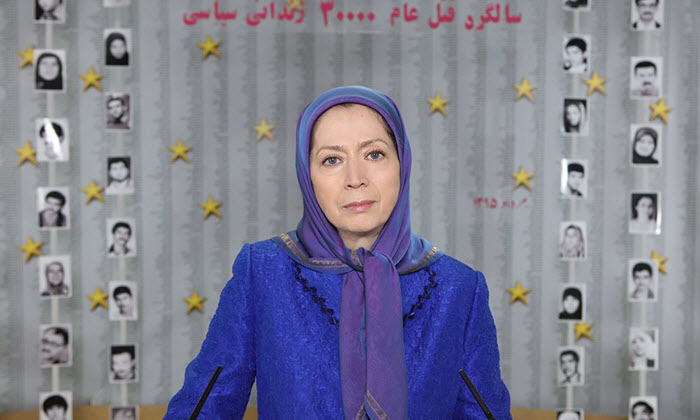 London, 27 Aug – The National, a British online news site, reported today on the Iranian regime’s 1988 massacre of 30,000 political prisoners, mostly members of the People’s Mujahidin Organisation of Iran (PMOI or MEK), saying “the row continued in the country.”

Reporting that a 1988 tape had emerged in which Khomeini’s then heir-apparent, Hossein-Ali Montazeri, can be heard telling members of the “Death Committee” that history would judge them as “criminals” for the killings, the National discussed its impact upon Iranian society.

It was Montazeri’s son, “a moderate cleric,” who had posted the tape. The following day, the Iranian Ministry of Intelligence ordered him to remove it, and he was summoned to a special court of clergy, where he was interrogated for three hours, the National said.

“Ahmad Montazeri said that he was also in possession of other documents which he might reveal later,” the report continued.

The National said that members of the “Death Committee,” charged with carrying out the killings, “are still in senior positions in the current regime of Hassan Rouhani.” They include Mostafa Pour-Mohammadi, Rouhani’s Minister of Justice.

The report quoted from the tape, of which if had a transcript. The ideas of the MEK could not be defeated by mass executions, Montazeri told the “Death Committee”: “killing will solve nothing. It will make it worse.”

The cleric warned: “We will not be in power forever. In the future, history will judge us.”

Montazeri “criticises the hangings of teenagers, pregnant women and those whose only crime was to read the newspaper of the People’s Mujahidin Organisation of Iran (PMOI or MEK),” the National said.

Establishment figures in Iran have attempted to justify the atrocity. The report quoted Mullah Ali Razini, a judiciary official, who praised Khomeini’s decision, and Khomeini’s grandson, Mullah Ali Khomeini, who said, “What was the regime supposed to do with these people? It had to fight, and had to fight hard. Praise be to Allah, it did happen.”

The National reported that Maryam Rajavi, President-elect of the National Council of Resistance of Iran (NCRI), had called for justice in the light of this “irrefutable evidence” of the current regime’s complicity in the atrocity. The international community was “obligated” to act, she said.