London, 1 October – In his article for Al Arabiya, on Friday, September 30, Masoud Alzahid writes about a theme park, now open for its second year in Iran’s city of Mashhad.

Billed as the “park of the revolution’s children,” it is a place where children are trained to shoot virtual fixed and moving targets that carry the flags of countries viewed as Iran’s enemies, including the United States and Israel.

“What future do you expect to these eight-year-old children who are being trained on carrying and using weapons at this age? What do you think the aim of these drills is?” asked the Iranian-speaking website, shahrvand-yar. 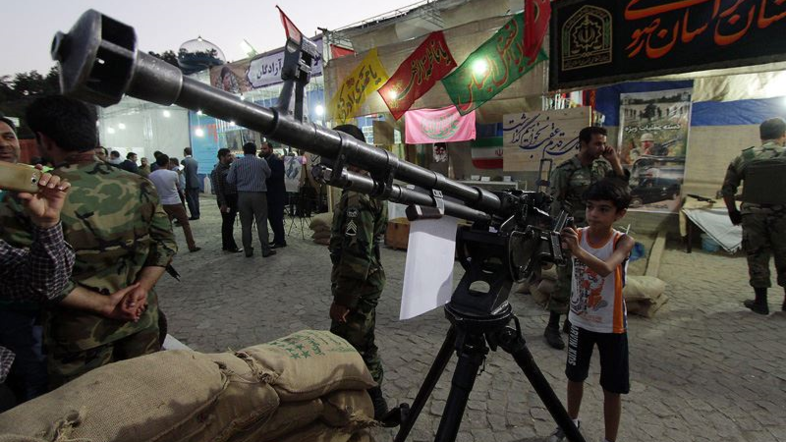 Indeed, what is the aim?  Hamid Sadeqi, the chief of the park’s management department said, “In this park, we try to train children on intelligence group work in the fields of war and sacred defense (of land) through playing games and practicing their hobbies.”

The children are divided into groups and a military leader is chosen. His orders must be followed. He leads them over a virtual mine fields and barbed wire, through rooms called “the revolution room” and the “Iraqi-Iranian war room,” where they clash with a virtual enemies. 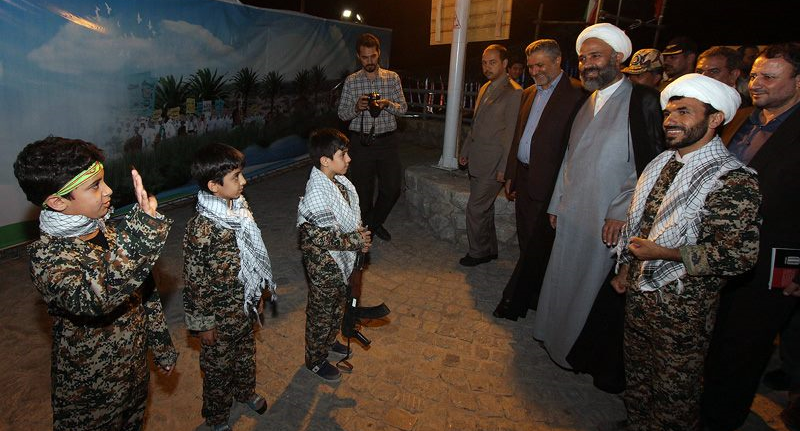 The designers of the park wanted to copy the Iranian military sites that existed during the Iraqi-Iranian war. Iran celebrates that anniversary this week.

Photos of the park were circulated on social networking websites by Iranian activists. Some compare these drills to the recruitment and training of children done by the Islamic State of Iraq and Syria (ISIS), saying that it plants hatred and violence in them.

Masoud Alzahid writes that, “Iran has recruited thousands of children and sent them to war fronts during the Iranian-Iraqi war. The military propaganda encouraged children to volunteer in the ranks of the Basij affiliated with the Iranian Revolutionary Guards. Many of these children were killed while others were held captive. Late Iraqi President Saddam Hussein however released them later in response to calls made by international humanitarian organizations such as the Red Cross.” 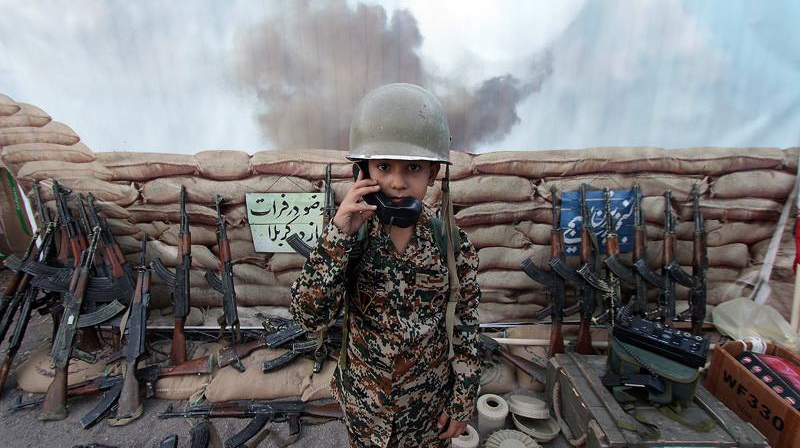 International organizations accuse Tehran of “recruiting Afghan children to fight in Syria through the Fatimids militias which the Iranian Revolutionary Guards formed and which includes Shiite Afghans. During the flow of refugees into Europe in 2015, an Arabic-speaking Swedish radio station reported that Afghan children arrived in Sweden and other European countries unaccompanied by their parents and sought refuge.”

The Swedish report confirmed that most of the children arrived from Iran and not from Afghanistan, adding that “they escaped to Europe out of fear of being recruited by Iran to fight in Syria. In 2015 alone, 11,000 Afghan children, from among Iran’s resident and unaccompanied by their parents, arrived in Sweden.”