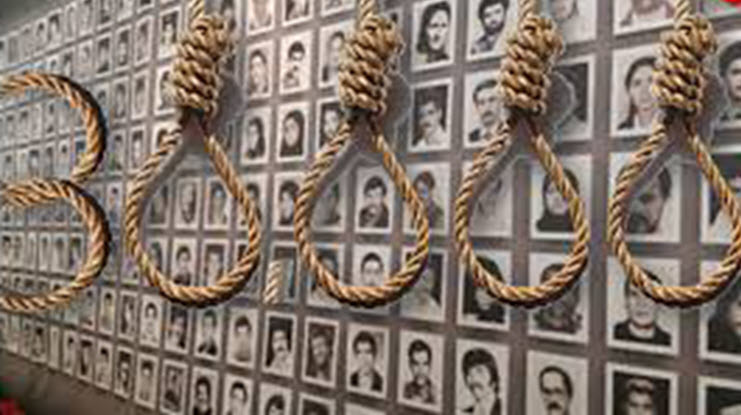 London, 10 Aug – The Iranian Regime is yet again seeking to slander the good name of the Iranian Resistance for bringing to light the crimes against humanity perpetrated by the Regime once more.

The Iranian regime’s Council for Coordinating Propaganda (CCP) has recently announced that smearing the People’s Mojahedin Organization of Iran (PMOI/MEK) with (long disproved) accusations of terror links and murder, will be at the top of their agenda.

Nosratullah Lotfi, deputy leader of the CCP, said: “We put two points on our agenda. The first is to review the events in the 1980s. The leader raised the issue in the electoral space, as some had the intention of purifying the Mojahedin.”

During the Iranian Regime’s sham elections in May, many brave Iranians answered the call of the resistance’s justice-seeking movement and boycotted the elections. They refused to vote for charlatan Hassan Rouhani, who has consistently lied to the Iranian people and the world by advocating human rights reforms that he never planned to go through with, or the executioner Ibrahim Raisi, who was instrumental in the 1988 Massacre.

The reason why the Regime is stepping up its slander campaign, is that the MEK continues to bring up the crimes of the mullahs, specifically the 1988 massacre in which the Regime slaughtered 30,000 political prisoners in a matter of months.

Lotfi said: “We have taken steps to introduce the martyr and hangman to the people. The Supreme Leader (Khamenei) said that the place of the executioner and the martyr should not be changed.”

Again, this means nothing. The Iranian people and their organised democratic resistance are the victims of the Iranian Regime. The Regime is the executioner.

Indeed, this has already begun as Kamal Kharrazi, a former foreign minister and head of the regime’s Foreign Relations Council, met with European leaders at Hassan Rouhani’s inaugurations and expressed his upset at their willingness to work with the Iranian Resistance.

According to Iranian Regime-affiliated media, he said: “One problem with Europe is the application of dual standards in the fight against terrorism, so that the PMOI which is a terrorist group, is welcomed in Europe and is freely destroying the relations between Iran and European countries.”

This is of course, nonsense. The MEK has no links to terrorism and the Iranian Regime and their Revolutionary Guards have always attempted to tarnish them with accusations that turn out to be completely false or orchestrated entirely by the Regime.

AFP: They may now be wearing suits, but the...