How Iran Fears MEK as Its Opposition 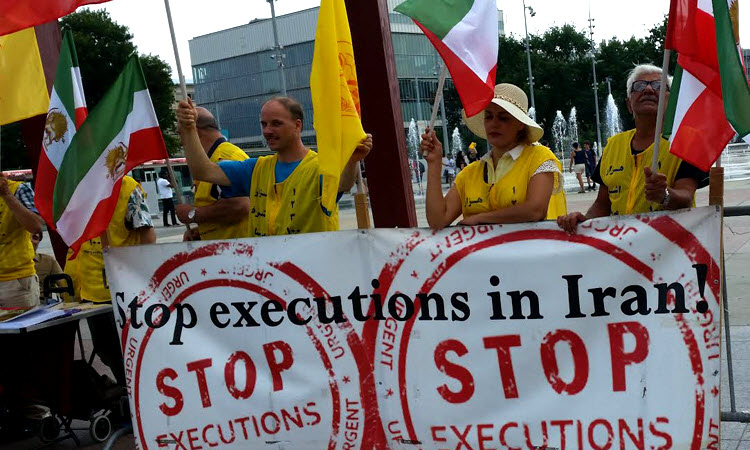 The regime in Iran has come under immense domestic and international pressure recently. Most vivid are the sweeping sanctions imposed by US Congress and signed into law by President Donald Trump.

These developments are sparking an endless stream of reactions from Iran’s senior officials and various media outlets. Over 500 interviews, reports, posts, sessions, book introductions and others events have been discussed in this regime’s official outlets, all regarding the opposition People’s Mojahedin Organization of Iran (PMOI/MEK).

The reason behind this chorus of remarks and attacks aimed at the MEK is obvious. It is crystal clear for Iranian Supreme Leader Ali Khamenei and his entire regime apparatus how the MEK represent the source of all their strategic defeats.

Iran’s Revolutionary Guards (IRGC) has recently been classified as a Specially Designated Global Terrorist entity. This is mainly due to the hundreds of revelations, press conferences, articles, posts and other activities by the MEK and its umbrella group, the National Council of Resistance of Iran (NCRI).

The IRGC blacklisting is considered a strategic setback for Tehran, especially since 40% of the regime’s economy is controlled by the Guards.

The MEK also delivered major blow to Khamenei’s blueprints aimed at unifying his regime through engineering the May 19th presidential election. Conservative cleric Ebrahim Raisi, Khamenei’s preferred candidate, was groomed by the hardliners to replace the incumbent Hassan Rouhani as president.

The MEK’s vast network of activists inside Iran, coupled with a variety of measures abroad, shed light on Raisi’s past as a member of an infamous “Death Commission” in charge of supervising the 1988 massacre of over 30,000 political prisoners across the country who mostly were members of MEK.

As Raisi failed to reach the presidency, the mullahs’ entire apparatus suffered a major defeat, understood best by Khamenei himself.

The MEK best gained international credibility in 2002 after blowing the whistle on Iran’s clandestine nuclear weapons program. In the years since the MEK has maintained a solid record of revealing Iran’s secret and underground nuclear sites, forcing Tehran to succumb to a still highly-flawed agreement with the P5+1 aimed at curbing its nuclear program.

To this day Iran’s human rights violations have also been condemned in 63 resolutions issued in the past four decades by various United Nations organizations. UN special rapporteurs, such as Ahmed Shaheed and Asma Jahangiri, have condemned Iran in numerous texts. Again, the MEK’s role in alarming the world of the mullahs’ atrocities has been crucial.

Amnesty International and other such organizations, alongside numerous parliaments of the United Kingdom, Canada, Australia and the US Congress have also voiced their deep concerns and denounced Iran’s actions.

As our world becomes further connected through the Internet, the MEK and Iranian opposition supporters have taken to social media to enhance their effort against the mullahs.

Iran is known for its media and internet censorship, and yet social media and certain technology are allowing this young population connect with the outside world. This platform has provided means for the MEK and its vast network to express their desires and shed light on the truth about the mullahs’ devastating policies.

Sensing the dangers in this regard, Iran has stepped up its filtering efforts, especially the highly popular Telegram platform that enjoys dozens of millions of users in Iran. Telegram CEO Pavel Durov has recently underscored despite claims made by Tehran his company will not yield to this regime’s demands to censor any political channels.

Topping Iran’s concerns is the medium provided by the MEK and NCRI to realize a policy of successful regime change in Iran. As Washington weighs its comprehensive Iran policy and senior Trump administration officials have voiced support for regime change initiatives, this potential has become extremely concerning for Tehran.

“There are those who say the Islamic Republic will not reach its 40th year and they seek to topple the establishment in the coming years,” said Ahmad Jannati, chair of the ultraconservative Guardian Council in a recent session.

In addition to making remarks, conducting interviews and posting text in media outlets, Iran has also sought practical measures against its opposition.

Iranian Foreign Minister Mohammad Javad Zarif in Paris failed to convince French officials to prevent the MEK from holding its annual convention on their soil.

Through the years Tehran has reached this conclusion that maintaining its grip on power hinges heavily on eliminating its main opposition. During the past three decades, Khamenei and his regime pursued this path with all their will.

AFP: An overwhelming majority of the US Senate urged...