London, 14 Sep – An European Parliament intergroup dedicated to the freedom of the Iranian people has released a statement, on Wednesday, which called on the United Nations to investigate the 1988 Iranian massacre and prosecute those responsible for the deaths of over 30,000 political prisoners and urged European governments and the EU to condition their relationships with the Iranian Regime on improvements to human rights, including the suspension of executions.

Friends of a Free Iran (FOFI) held a conference, that same day, in the Strasbourg branch of the European Parliament with the participation of dozens of MEPs, in which they called upon the EU Council, member states, and its High Representative, Federica Mogherini, to break the international silence over the horrific and sustained human rights abuses in Iran.

The MEPs expressed their regret at Mogherini’s silence about the 1988 massacre, which mostly targeted members of those Iranian opposition groups, the People’s Mojahedin Organization of Iran (PMOI/MEK), the repression of women and human rights violations in Iran, on her recent visit.

They said: “This silence by our EU High Representative only encourages the mullahs to continue their crimes in Iran. This is very bad for the reputation of Europe. We in the European Parliament, who are elected representatives of the people of Europe, we must defend European values which are democracy, human rights, women rights, separation of religion and state.” 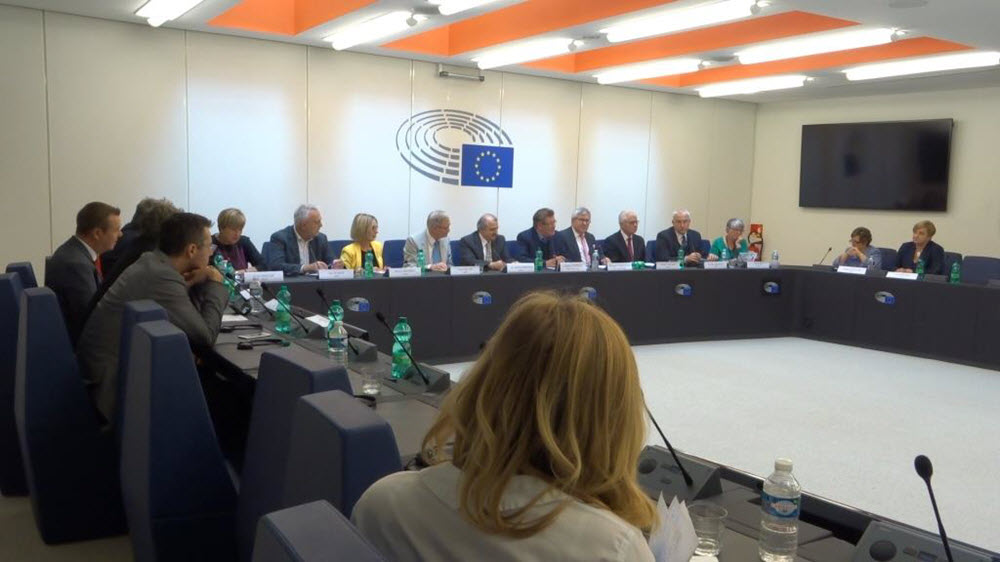 In a recent report the UN Special Rapporteur on Iran wrote: “Between July and August 1988, thousands of political prisoners, men, women and teenagers, were reportedly executed pursuant to a fatwa issued by the then Supreme Leader, Ayatollah Khomeini… the names of the officials who had carried out and defended the executions, including the current Minister of Justice, a current high court judge, and the head of one of the largest religious foundations in the country and candidate in the May presidential elections.”

The report continued: “Recently, these killings have been acknowledged by some at the highest levels of the State. The families of the victims have a right to know the truth about these events and the fate of their loved ones without risking reprisal. They have the right to a remedy, which includes the right to an effective investigation of the facts and public disclosure of the truth; and the right to reparation. The Special Rapporteur therefore calls on the Government to ensure that a thorough and independent investigation into these events is carried out.”

This massacre of political opponents on such a scale has not been seen since WW2 and the lack of condemnation from the ineranational community has caused the Regime to feel emboldened to continue their mass human rights violations.

The politicians also endorsed the 10-point plan introduced by the President of the Iranian Resistance, Maryam Rajavi, which calls for democracy, secularism, and human rights.

Mohammad Mohaddessin, chair of the Foreign Affairs Committee of the Irainaina Resistance’s political wing, the National Council of Resistance of Iran (NCRI), was a guest speaker at the event and took part in the discussions. 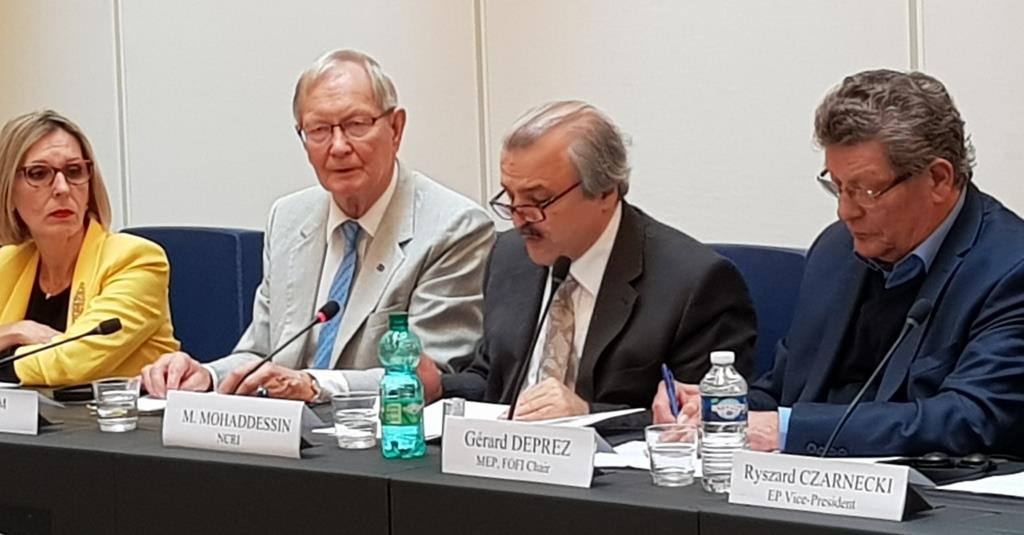