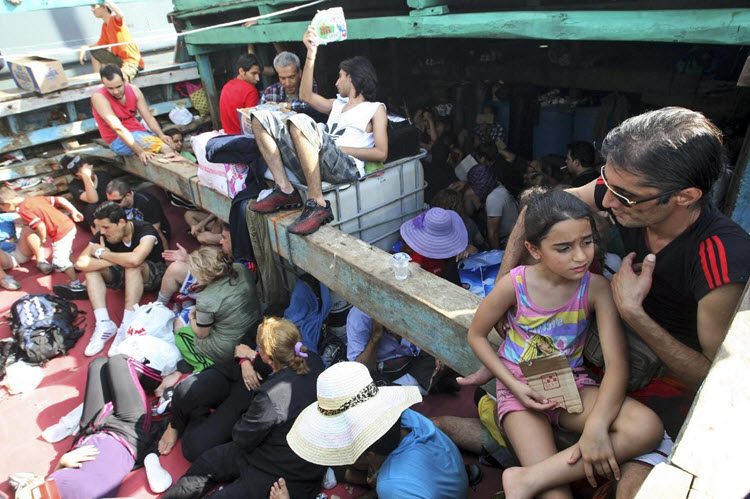 London, 1 Nov – The Iranian Resistance has issued a statement calling on the Australian government to end its mistreatment of refugees after the inhuman conditions has caused at least one Iranian- who fled the totalitarian Regime- to self-harm.

In their statement, the National Council of Resistance of Iran (NCRI), wrote: “The Iranian Resistance strongly condemns the shocking and disgusting behaviour toward asylum seekers who have been forcibly transferred from Australia to the remote island of Manos in Papua New Guinea, and are in effect being held in detention there, and condemned it as a flagrant violation of the holy asylum principle and other international conventions and treaties.”

Back in April, the PNG Supreme Court ruled that Australia’s detention of refugees in another country was illegal and unconstitutional and this began the process to close the detention centre.

The centre, which closed on October 31, still houses around 600 refugees- mainly those who have fled the totalitarian Regime in Iran- who have barricaded themselves inside because no one will guarantee their right to stay and there is an increased PNG military presence outside.

Acting Australian Prime Minister Julie Bishop said that alternative accommodation will be provided in PNG for the refugees (although this is currently being blocked by locals) and said that it made “no sense” for them to stay in the abandoned centre but could not guarantee that they wouldn’t be deported by PNG officials.

She said: “The Papua New Guinea government is a sovereign government and is responsible for law and order and security on their islands in their nation.”

Since the centre’s closure, power and sewage systems have been cut off and all staff (including medical staff) have left, which means that a bad situation could soon turn deadly with medication, water, and food running low and the threat of dysentery rising.

Australian Senator Nick McKim (Green Party), who is on Manus Island, warned that Immigration Minister Peter Dutton “could have blood on his hands” over his handling of the closure.

Many Australian aid groups have implored the Parliament to arrange safe passage for the refugees to Australia, rather than subject them to potential deportation.

The NCRI wrote: “Reiterating that the Australian government is responsible for the safety and security of these asylum seekers, the Iranian Resistance calls for active intervention of parliament, political parties and organizations advocating refugee rights in Australia to end this human tragedy, and urges them to help these asylum seekers, especially the Iranian asylum seekers, and not allow them to suffer more pain while they have fled from the hell created by the mullahs’ regime.”

The NCRI also called for intervention from the UN Secretary-General and High Commissioner for Refugees and asked for European countries to accept these refugees in order to save them from this situation.

Reuters: Talks between Iran and the EU's three biggest...