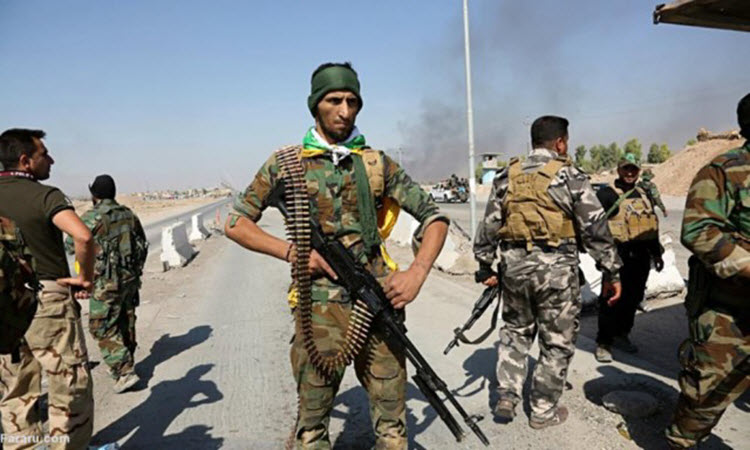 London, 1 Nov – The Iranian Regime is seizing on the chance to further destabilise the Middle East- particularly Iraq and Syria- as the threat posed by ISIS is being steadily decreased by coalition forces.

In northern Iraq, Iran-backed forces seized an oil-rich region back from the Kurdish Peshmerga (who actually won it back from ISIS) following the independence referendum that the Kurds voted overwhelmingly in favour of.

There are two Kurdish groups fighting for dominance in the region; the Kurdistan Democratic Party (KDP) who controls the majority of the Kurdish Government and is supported by the US and the Patriotic Union of Kurdistan (PUK), an Iranian ally.

The KDP was the group run out of Kirkuk in Iraq.

The US can see how much the Iranian Regime longs to control and dominate in Iraq and so Secretary of State Rex Tillerson called upon the Iranian-supported militias in Iraq that are supposedly fighting ISIS to leave the country, and let the rest of the coalition finish the job.

However, the military aspect is just one component in the overall fight against ISIS and by extension the Iranian Regime. In order to achieve peace, we need to tackle the political problem too.

Jennifer Cafarella, the senior analyst with the Institute for the Study of War, said: “What we have not addressed are larger institutional and societal challenges that gave rise to ISIS to begin with, and are now fueling the cascading crisis in Iraqi Kurdistan. The very best example of that is that we have ignored and overlooked Iran’s penetration into the Iraqi Ministry of Interior and the Ministry of Defense.”

Indeed, Iran’s control in Iraq created great problems for George W. Bush in the lead up to the 2003 invasion of Iraq.

Eventually the US pursued a strategy of counterinsurgency- pursuing any terrorist who threatened the elected government, after the ousting of Saddam Hussein. This led to a strong allyship between Bush and then-Iraqi prime minister Nouri al-Maliki.

However, when Barack Obama began moving US troops out of the Middle East, Maliki succumbed to sectarianism and began attacking Sunnis. His rationale appeared to be that if the US were leaving, he may as well make a deal with Iran.

Following the rise of ISIS, Obama moved troops back into the region and instructed Brett McGurk, an American diplomat who would later forge the coalition against ISIS, to find an alternative Iraqi leader for the US to support, if Maliki would not stop his violence.

The alternative was Haider al-Abadi, who became Prime Minister in September 2014. The Iranian Regime originally supported Maliki, who was already under their control, but soon found that they could control Abadi as well.

Also, in recently liberated Raqqa, Cafarella reports that Kurdish YPG militia, which was fighting ISIS, has begun removing the flags of the Syrian opposition, who helped defeat ISIS. This is presumably at the behest of the Iranian Regime, who are supporting the Bashar Assad dictatorship in Syria against the Syrian people.

AFP: Iran's judiciary said on Tuesday it has sentenced...