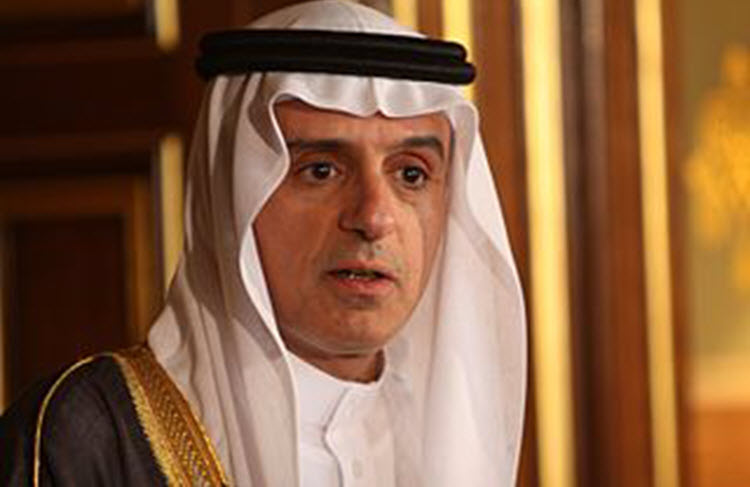 London, 23 Feb – The Saudi foreign minister has said that the Iran nuclear deal is “unacceptable” because the world could not trust Iran to not produce a nuclear bomb in the future.

On Thursday, Adel Al-Jubeir told the foreign affairs committee of the European Parliament that the expiration deates on certain restrictions in the Joint Comprehensive Plan of Action (JCPOA) mean that in eight to ten years’ time Iran could manufacture a nuclear bomb “within weeks”.

Jubeir said: “We believe the sunset provision is very dangerous. We don’t trust that Iran will not try (to make a nuclear bomb) eight to 10 years from now.”

The expiration of restrictions will allow Iran to gradually increase production of centrifuges and uranium enrichment after 2023.

He continued: “Our point is enough is enough. They need to start to act as a normal country. The revolution is over. If they want to be respected in the world they need to abide by the rules of the world.”

Iran’s Deputy Foreign Minister Abbas Araghchi denied that a sunset clause existed and said that Iran is committed to not having nuclear weapons, which raises the questions why Iran is still continuing work on nuclear technology and why Iran’s go-to threat is pulling out of the nuclear deal?

He said: “We have accepted these limitations to our nuclear program to build confidence. When these restrictions are finished it doesn’t mean Iran can go for the bomb.”

Araghchi also defended Iran’s ballistic missile program, arguing that it is not covered in the JCPOA despite a UN resolution, and accused the US of pouring “poison” on Iran by implying that it had not complied with the terms of the nuclear deal, despite evidence that Iran is still working on nuclear weapons with the North Koreans.

He then bizarrely claimed that Donald Trump’s criticism of the deal was a “violation of the letter and the text of the deal, not just the spirit” and accused the West of being responsible for the fact that the economic benefits to Iran of the nuclear deal, have not benefited the ordinary Iranian people.

As usual, this is untrue. The Iranian people are not benefitting because the ruling system has kept all benefits for itself.

AFP: Iran has awarded a business unit of the...

Iran warns US about releasing details of nuclear deal