Calls for Iranian Authorities to Let Widow Leave the Country 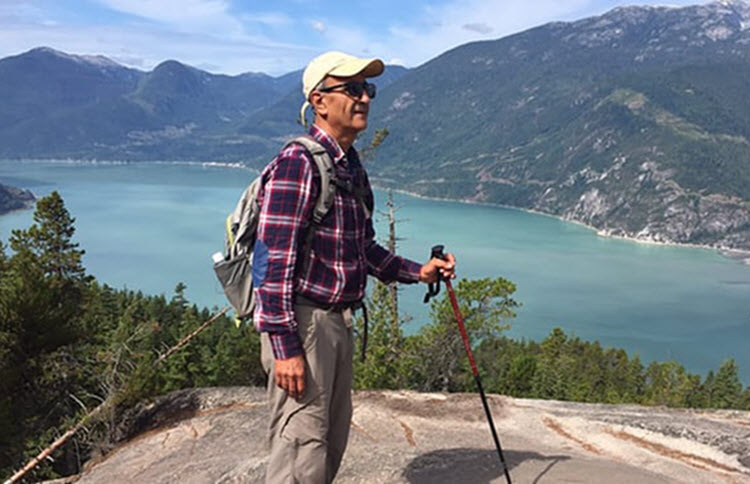 London, 11 Apr – Dr. Kavous Seyed Emami, a 63-year-old Iranian academic and founder of the Persian Wildlife Heritage Foundation, allegedly killed himself in prison after being arrested by authorities that accused him of espionage.

His family have rubbished the claims that he committed suicide as well as the allegations that he was a spy.

The Center for Human Rights in Iran (CHRI), a New York-based non-profit organisation, said that the family were put under great pressure to bury Seyed Emami as quickly as possible. Its executive director also said that the claims of suicide have no credibility.

Dr. Seyed Emami was described by his son as a patriot who volunteered to defend Iran in the Iran-Iraq war during the eighties.

In an open letter to President Hassan Rouhani, fellow academics described their colleague as a “distinguished scientist and war veteran”, a “well-known professor” and “a noble and ethical human being”.

Maryam Mombeini, the Iranian-Canadian wife of Dr. Seyed Emami, has been stopped from leaving Iran. The 55-year-old woman was stopped at the international airport in Tehran just before she was about to board a plane to travel to Canada to be with her sons.

This is not the only suspicious death in Iran in recent months. There have been numerous other deaths in which the authorities have claimed the victims committed suicide in prison. Other families have reported seeing marks of violence on the bodies, indicating that the suicide claims are a cover for torture and abuse.

Mrs. Mombeini’s son – Mehran Seyed-Emami – said that his mother has suffered immensely since the death of his father and said that she does not deserve to be treated in the way the Iranian authorities are treating her. He said: “No belief, ideology, or political faction promotes this kind of treatment against a mother, especially one who’s already suffered so much. She deserves the right to grieve in peace in a calm and relaxed state, together with her immediate family.”

He said that he was with his mother when she was held back from the flight and explained that she very selfishly told him and his brother to go ahead and board the flight without her.

Several other environmentalists have been arrested and held in prison since the beginning of the year. The environmental issues in the country are very serious and have almost all been worsened or caused by Iran’s mismanagement, corruption and neglect. Wetlands are drying up, water is scarce and pollution are three environmental issues that need urgent attention, but the Iranian government is doing nothing – instead plundering a large portion of the country’s budget on wars and conflicts abroad.

As well as protesting about economic and social issues, the people are also concerned about the environmental side that is endangering their livelihoods.

Dragon Oil’s Iran swap deal might not be renewed-sources