Iran Rights Advocate’s Sentencing in Absentia Is Unlawful, According to Defense Team 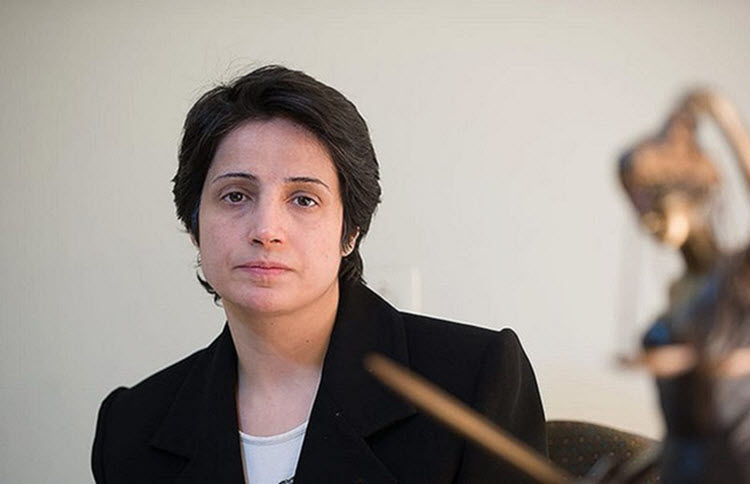 London, 16 August – Following the June arrest of Iran’s award-winning human rights lawyer Nasrin Sotoudeh, she was told she had already been found guilty “in absentia” on spying charges by Tehran’s Revolutionary Court.

On Wednesday, her lawyers said that her five-year sentence on spying charges was unlawful as she was never charged or given the chance to appear in court.

Payam Derafshan, one of her lawyers, told the press that the trial took place some time ago, but the sentence was not implemented until after she represented several women arrested for protesting the mandatory wearing of the Islamic headscarf in public. These women were arrested for removing their hijabs in public areas — a controversial issue since it was made mandatory in Iran after the Islamic revolution of 1979.

According to Mahmoud Behzahdi, another of her attorneys, claimed that her imprisonment is unlawful, as she is entitled to remain free on bail pending an appeal. He told IRNA news agency,” According to the law, the court must issue a bail order and free the defendant until a definitive verdict is issued.”

No espionage charge was ever included in her charge sheet, her defense team explained. Other charges, such as “propaganda against the system” were listed, instead. “There is no evidence in her file for the charge of spying, no report by the intelligence ministry to explain how she is a spy,” Derafshan told reporters. He also alleged that after a complaint was made to the judge, another charge related to her advocacy work against the death penalty was added. On Tuesday, Derafshan was quoted by IRNA as stating, “Nowhere in the law is it a crime to call for the gradual repeal of the death penalty. Even officials and experts talk about eliminating the death penalty for drug offenses.”

In 2012, Sotoudeh won the European Parliament’s prestigious Sakharov human rights award for her work on several high-profile cases, including those of convicts on death row for offenses committed when they were minors.

She was imprisoned from 2010 to 2013 for “actions against national security” and spreading “propaganda against the system” and was banned from representing political cases or leaving Iran until 2022.

Sotoudeh has defended journalists and activists, including Nobel Peace laureate Shirin Ebadi, as well as several dissidents who were arrested during the mass protests of 2009, when the re-election of hardline president Mahmoud Ahmadinejad was disputed.

The new criminal code that allows only a small number of lawyers to represent individuals charged with state security offenses, for example, only 20 are allowed for the capital, Tehran, is another issue that Sotoudeh spoke out against.

Washington Post: The leaders of Iraq and Jordan warned...

AP: The United States is ready to meet with...