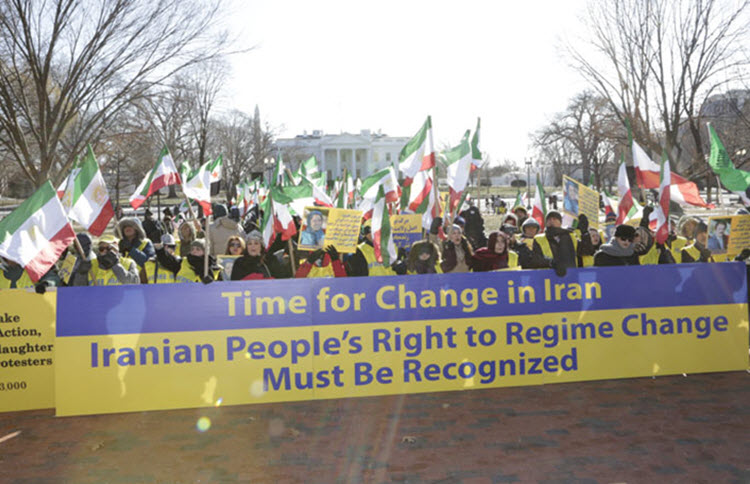 The National Council of Resistance of Iran (NCRI), and supporters of the People’s Mojahedin Organization of Iran (PMOI/MEK) will hold a march in Washington D.C. in front of the U.S. Department of State on Friday, June 21, in solidarity with the popular uprising and for regime change in Iran.

In 1979, the Iranian people took to the streets to overthrow the Shah’s monarchy and establish a democratic state that respects the rights of the people. But mullahs hijacked their revolution and shattered their dreams for freedom.

But in spite of the mullahs’ brutal human rights violation, the people of Iran chose to resist and continued their struggle for freedom. Popular uprisings in the beginning of 2018 pictured the Iranian people’s will and desire for regime change.

While the regime is crumbling under the pressure of domestic and international crises and is inching toward its ultimate demise, the most important question is: What is the alternative to the mullahs’ regime?

A slew of fake alternatives and opposition organizations and figures, most of whom have been fabricated and nurtured by the regime itself, advocate for a solution from within the Iranian regime, one that would imply negotiating with the regime and empowering the so-called “reformist” camp. The absurdness of sucha notion has been proven time and again in the past four decades.

On the other hand, the NCRI and MEK have paid the ultimate price for the freedom of their nation. More than 120,000 of their members and sympathizers have been executed by the Iranian regime because they firmly defended the Iranian people’s rights and vouched for a secular and democratic government. Today, there’s no doubt that the NCRI and MEK represent a serious alternative to the mullahs’ rule.

This organized movement enjoys vast support among Iranians inside Iran as well as the Iranian diaspora and the international community. Mrs. Maryam Rajavi, NCRI’s president elect, has strong domestic and international support, including a bipartisan support in the U.S. Congress.

The Iranian opposition’s march in Washington D.C. has the full support of Iranian dissidents. The Organization of the Iranian-American Communities (OIAC) sponsors this rally.

While the people of Iran suffer from extreme poverty, the Iranian regime is wasting the country’s riches and national resources to fund its terrorist agendas in neighboring countries and to prop up its ally, the vicious dictator of Syria Bashar-al-Assad.

Yet the people of Iran yearn for regime change and a free country, despite the regime’s oppression and increasing human rights violations.

By Pooya Stone With the gradual increase in inflation...