EU and US Conflicted Over Iran Sanctions 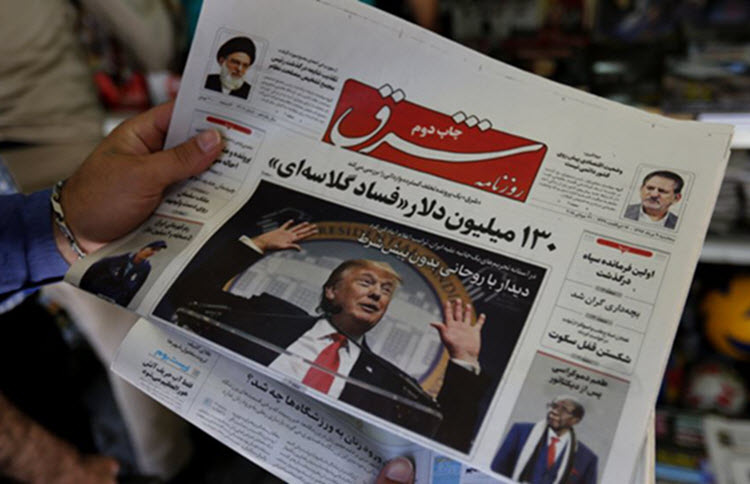 London, 16 August – Last week, US sanctions on Iran came back into force, fulfilling a promise that Donald Trump made in May when he pulled the US out of the 2015 Joint Comprehensive Plan of Action (JCPOA), commonly known as the Iran nuclear deal.
Trump tweeted: “Anyone doing business with Iran will not be doing business with the United States.”

On the same day, the EU instituted a “blocking statute”, which was supposed to protect any European firms doing business with Iran from current and future US sanctions. In fact, it bars any EU individual or company from complying with US secondary sanctions, which means that European firms who still wish to trade with the US are being penalised. It also allows EU firms affected by the sanctions to sue the US, but there is no method in place to reclaim any settlement.

Therefore, this stalemate between the EU and the US over the Iran sanctions will not help European businesses. In fact, political risk consultant Kerry Boyd Anderson advised that many bigger European companies would “prefer to face EU penalties rather than US fines or loss of access to the US market or financing”.

So, the EU is likely to struggle to enforce this statute. Many companies, including Total, Daimler, PSA, Siemens, Renault, and Maersk, have already pulled out of Iran or have made plans to do so in the coming months. Many more, including the European Investment Bank, chose not to invest in Iran in the first place, citing extreme financial risks, and the EU can’t force them to invest.

What happens next will largely depend on the impact of US sanctions in November, which will hit Iran’s oil and gas exports, as the US plans to cut these exports to zero. Europe agreed to the oil boycott before the nuclear deal, but are unlikely to now, because they support the JCPOA and oppose US sanctions. The sanctions may well force European lenders, refiners and insurers involved in the oil trade to stop importing from Iran, but analysts disagree about the extent to this.

These US sanctions will hurt the Iranian economy and either bring the mullahs back to the negotiating table or bring Iran to a crashing halt and allow the Iranian people to take over, as is the wish of the ordinary Iranians who are protesting the establishment in the streets.

Hopefully, Europe will soon come around to the idea that pressure on Iran is for the greater good.

Zurich among insurers said to be probed in expanded N.Y. inquiry