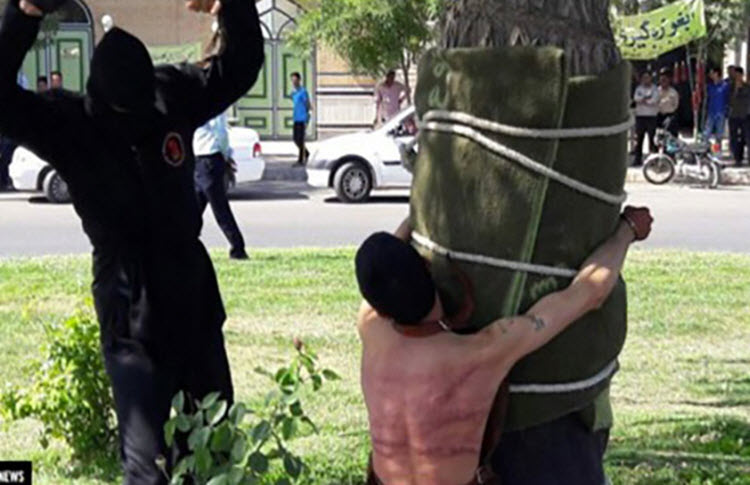 Iran Human Rights (IHR) has published its 11th annual report on the death penalty in Iran. The death penalty is still be used as a means of punishment in Iran and the rate of execution per capita is very worrying.

Iran is one of the few countries in the world that carries out executions in public – a practice that is ordered by the authorities and a practice that human rights organisations have constantly criticised.

The Special Rapporteur on the human rights situation in Iran and the Secretary General of the United Nations have both urged Iran to stop this practice. They noted that the Iranian government has refused to end public executions.

The Iran’s so-called “High Council for Human Rights” responded to the criticism that it received in 2005 by explaining that executions are only carried out in public in “some limited and special circumstances”. Its statement also indicated that “incidents which distort public sentiment” are punishable by public execution. The council also said that public execution is used as a deterrent with regards to crimes related to drugs.

IHR points out that Iran has not been truthful regarding the public executions. Iranian officials have said that minors are not allowed to be present, yet there is photographic evidence showing that this is not the case. Furthermore, many executions are carried out in front of residential buildings and public places with no attempts to make sure children are not present.

The report draws attention to a number of individual cases in which Iranian people were executed in public. One such example is that of three prisoners who were charged for armed robbery. They were executed in Shiraz, in a residential area, in November last year.

The report also noted that there has been an increase in the number of juvenile offenders being executed. Faced with this information, the UN High Commissioner for Human Rights Zeid Ra’ad Al Hussein called on Iranian authorities to “to abide by international law and immediately halt all executions of people sentenced to death for crimes committed when they were under eighteen”. Iran is the biggest executor of juvenile offenders in the world.

IHR said that international pressure is essential in urging Iran to restrict the scope of the death penalty. It also said that “creating awareness and mobilisation of civil society” is imperative. First and foremost, the IHR calls on the international community to support the mandate of the Special Rapporteur on human rights in Iran, and of course support the mandate’s renewal.

The people of Iran, for their part, are also participating in pressuring the Iranian authorities. They have been protesting and holding anti-government demonstrations since December 2017 and they want great change.

The people have been suppressed and oppressed for decades and they are calling for the clerical system to be held accountable for its past and current actions. This includes a call for justice for the tens of thousands of members of the opposition who were executed in the summer of 1988.

AP: The European Union will support U.S. calls to...

Sen. McCain says Israel is not at the moment considering a strike against Iran

Washington Post: Israel is not at the moment considering...