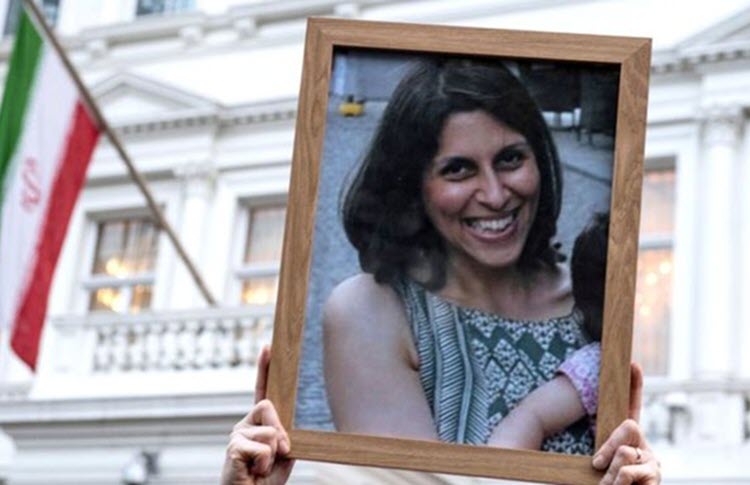 The UK is worried about a British-Iranian aid worker wrongfully jailed in Iran and recently transferred to the mental ward of a public hospital and called for her release on Wednesday.

Prime Minister Theresa May’s spokesman said: “We are extremely concerned about Nazanin [Zaghari-Ratcliffe]’s welfare and call for her immediate release. We urge Iran to allow family members to visit her and check on her care.”

This case has increased UK-Iran tensions since 2016, when Zaghari-Ratcliffe was arrested in Tehran airport on her way home after visiting family for the Iranian New Year. Zaghari-Ratcliffe was charged with sedition, sentenced to five years in jail, and has launched a number of hunger strikes over her treatment, the most recent ending in June.

UK Foreign Office minister Andrew Murrison said: “It would be indeed cruel to deny this lady, in a psychiatric ward of a public hospital, access to her family. That must happen immediately.”

He also noted that she described her detention conditions as “completely contrary to international norms”.

The Free Nazanin campaign said that Zaghari-Ratcliffe is being held by the Iranian Revolutionary Guard Corps (IRGC), a US designated terror group, at Imam Khomeini hospital. The group said that a psychiatrist recommended she be “instantly hospitalised due to her sharp deterioration since her previous meeting, and the risk of her taking matters into her own hands” and potentially dying through suicide.

Her husband, Richard Ratcliffe, said that her parents have attempted to visit her, but were not allowed to see her.

Zaghari-Ratcliffe, 40, said: “I was healthy and happy when I came to Iran to see my parents. Three-and-a-bit years later and I am admitted to a mental health clinic. Look at me now. I ended up in an asylum. It should be an embarrassment.”

Iranian Foreign Minister Javad Zarif previously raised the possibility of a prisoner swap in order to get Iranian nationals released from prisons in the United States and Australia and more recently suggested that she could be released if Iran’s oil tanker, seized on suspicion of violating EU sanctions, is released. This is further evidence that Iran uses foreign nationals as bargaining chips.

Ratcliffe said: “The foreign minister of Iran, Foreign Minister Zarif said that he’d not discussed with the British a swap between the UK and Iran over the oil tanker and Nazanin, which are strange comments but they were played out for a couple of days…We have had different messages before in relation to money that the UK owes and in occasional relation to prisoner swaps … It’s clear that she’s held as a bargaining chip as the British government said, she’s held for diplomatic leverage.”

On Tuesday, Iran confirmed that it had arrested French-Iranian academic Fariba Adelkhah, but didn’t give details of her case. Other foreign nationals imprisoned in Iran include:

• Chinese-American Xiyue Wang, a Princeton University researcher, who is serving a 10-year sentence for espionage

• US national Michael White, 46, who is sentenced to 10 years

• British Council worker Aras Amiri, who was arrested while visiting her sick grandmother

Reuters: The European Union will push Iran on Tuesday...

Only one force can stop Iran now: its people

The Times: Control won’t be won at the negotiating...