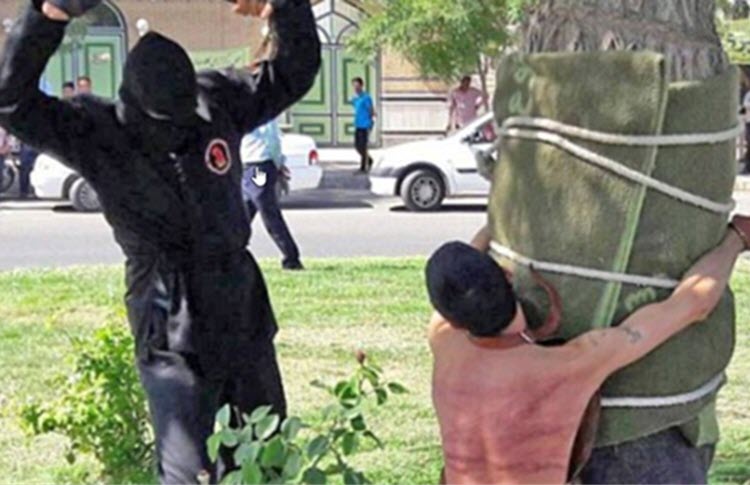 A state-run news agency in Iran has reported that a 17-year-old boy has been sentenced to 100 lashes for a crime he allegedly did not commit. The ROKNA news agency said that he was sentenced to the lashes on 15th July, accused of abusing an 11-year-old boy in the city of Tehran. But the boy’s parents had retracted the complaint against the boy, but the Iranian Judiciary refused to cancel the sentence.

The boy, named Ramin, denied abusing the 11-year-old boy, but the judges of 7th Branch of the Tehran Criminal Court went ahead and sentenced him.

Child offenders in Iran are treated horrifically. The Iranian authorities disregard international norms and treats offenders of all ages the same. Tehran even hangs child offenders, despite numerous condemnations from around the world.

The Human Rights Watch organisation has repeatedly warned about Iran’s arbitrary mass arrests, including the arrest of thousands of protesters over the past 18 months. It highlights that Iran has systematically discarded the rights of citizens to peaceful assembly. Dozens of people have lost their lives during protests in December 2017 and January 2018.

Women especially face unfair treatment in Iran and they are discriminated in both their private and working lives. With regards to personal matters, women face discrimination when it comes to divorce, child custody, inheritance and marriage. For example, a woman is not allowed to travel outside the country unless she has written permission from her husband.

With regards to their working lives, not only is a husband allowed to prevent his wife from taking a job that he deems “opposed to family values”, but women also face much lower pay and poor working conditions.

Iran’s morality police act as they see fit, considering that the laws are very ambiguous. Many people – men, women and young people – have been arrested for participating in artistic and cultural events and activities. People have even been arrested and detained for posting on social media.

Human rights organisations are also very concerned about the number of executions being carried out in the country. No other country carries out more executions per capita and it is extremely worrying that child offenders are being hanged.

Human rights organisations warned that the human rights situation will not change in the near future given the political and social climate in the country. The Iranian government is under immense economic, political and domestic pressure and it is running out of options. For this reason, it is lashing out at the people, trying to put a lid on the widespread discontent.

However, it is clear that regime change is on the horizon, according to some Iran watchers. And for it to happen peacefully, or at least without military conflict, it must happen from within, via the people.

AFP: The United States is ready to slap fresh...

Relatives outside Evin Prison demand loved ones be released