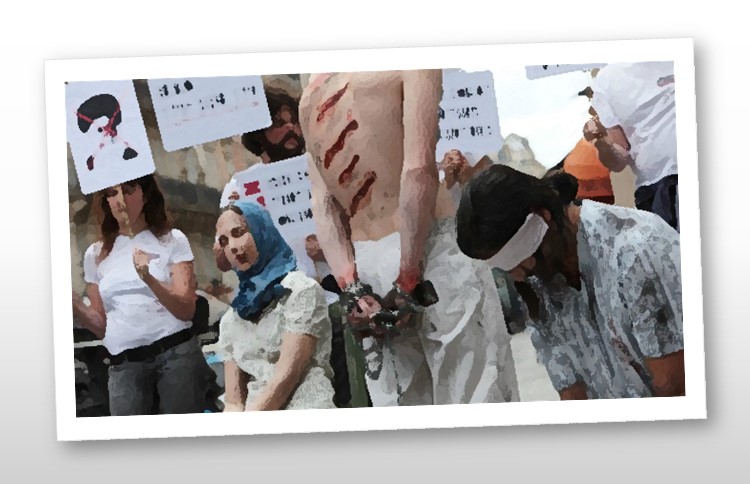 The political prisoners have been subjected to various sorts of abuse from their captors, including being scalded with boiling hot water, severe beatings, and denial of appropriate medical treatment.

Reports state that, in an attempt to cause excruciating pain and long-term health issues for the protesters, the IRGC torturers are focusing their beatings on the testicles of the inmates.

In addition to preventing the tortured political prisoners from accessing medical professionals, the prison authorities are also denying them access to their families and lawyers. Effectively, they are being held incommunicado.

There were previous reports of Iranian protesters, arrested during the nationwide November protests, being tortured at Fashafuyeh by IRGC intelligence agents, including rape, sexual violence and the intentional breaking of bones.

Torturers reportedly focused their beatings on the testicles of the inmates, causing excruciating pain and long-term health problems for them.

Prison authorities have denied medical care to tortured prisoners. Many of the detainees are held incommunicado, denied access to their families and lawyers.

Some reports even said that minors arrested in western Iran during the November uprising were being sexually abused, with Kurdistan Human Rights Network noting in late December that a large number of children were detained in Marivan, Iranian Kurdistan Province, on November 16 and 17.

The KHRN report said that the children were moved to the IRGC Intelligence Detention Centre, which is located inside an IRGC base in Sepah Square. The children, along with hundreds of other detainees, were subjected to severe torture for several days.

While Amnesty International, in a statement from December 2019, said that those arrested were subjected to enforced disappearance and torture.

Even Iranian officials admit to arresting 7,000 protesters during the November uprising over the tripling of fuel prices. (The Iranian Resistance estimates this to be at least 12,000, but due to the secrecy of the Iranian government, it could be much more. Also, arrests are still ongoing in Iran.)

The Iranian government mobilized all its forces against protesters in mid- November, just after Supreme Leader Ali Khamenei called the protesters “thugs” in a televised speech.

The forces opened fire on any gathering of more than eight people in some parts of the country. This led to a minimum of 1,500 protesters were killed and 4,000 injured, some with life-threatening wounds.

Even those injured who had managed to escape initially were being hunted down in hospitals, with IRGC agents raiding the medical centers, ripping off bandages to look for bullet wounds, and arresting anyone that they found with those injuries.