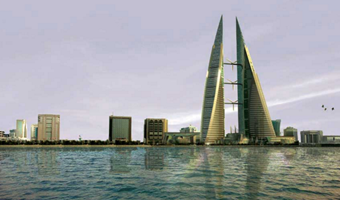 London, 6 Nov – Five Bahrainis were convicted on Thursday of conspiring with Iran to carry out attacks inside Bahrain, sentenced to life imprisonment and stripped of their citizenship, Bahrain’s Public Prosecutor was cited as saying by the state news agency BNA.

On Wednesday, the interior ministry said it had arrested 47 members of a group it said had ties to “terror elements in Iran” and was also plotting attacks.

Public Prosecutor Ahmed al-Hammadi said in a statement on BNA that two defendants were present at the sentencing at Bahrain’s Criminal Court, while the rest were tried in absentia.

The statement said the five communicated with members of Iran Revolutionary Guards with the aim of carrying out attacks on banks and public buildings.

Two of them had trained in Iran with the Revolutionary Guards, while the others provided financial and logistical support, it said.

Last month Bahrain recalled its ambassador to Iran, a day after the Gulf Arab state said its security forces had discovered a large bomb-making factory and had arrested a number of suspects linked to the Revolutionary Guards, Reuters reported.

Iran deal must be based on IAEA plan – EU diplomat

France opposes Iranian’s extradition to US

AP: France on Wednesday voiced its opposition to a...