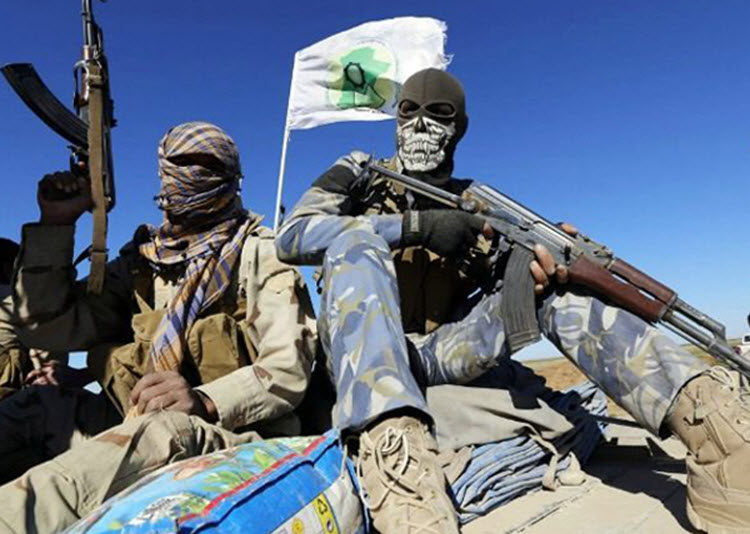 London, 20 Dec – The Iranian Revolutionary Guard Corps (IRGC) has trained a proxy Shiite militia from Pakistan to help Iran prop up the Assad dictatorship in Syria.

The Zainebiyoun brigade is largely made up of fighters from the Hazaras ethnic group or the areas of Parachinar and Khyber-Pakhtunkhwa. Estimates of their numbers could be as high as 1000.

Iran is targeting poor and, disadvantaged Shia Muslims in Pakistan, who are frequently attacked by terrorist groups (who can trace their support to the Iranian Regime), for recruitment into their militias. They promise a better and safer life with protection from the terrorists, much like how the Mob can promise that you won’t be taken out by any of their guys, so long as you work for them.

The group was formed in 2015, but Pakistani Shias were inducted into the IRGC-run Fatemiyoun militia from 2013. After Iran-backed Hezbullah, the Fatemiyoun, which is made up of mainly Afghan fighters, is the largest fighting force in Syria, with a force of 20,000.

Interviews with members of the Fatemiyoun indicate that they are trained at Iran’s terrorist training camps before being sent to Syria. Many are refugees who are promised Iranian citizenship for them and their families, incredible wages (1,200 USD per month), and free education for his children.

The Regime is so desperate for a victory, they’ve even recruited children into the Fatemiyoun brigade- which constitutes a war crime.

Why does Iran have such a prominent presence in Syria?

Iran is really concerned with the fate of Bashar Assad’s dictatorship because they know that they once he falls, there will be renewed pressure on their rule and increased support of the Iranian Resistance and their fight for a free Iran.

That’s why they plunge so many troops and so much money into making sure that Assad remains in power. If not for the Iranian Regime, the Syrian Civil War would have ended in a victory for the Syrian Resistance about three years ago with countless lives saved.

Why would Iran involve itself in Syria rather than fix problems in Iran?

Simply, misdirection has been the strategy of the Iranian Regime for the past four decades. They know that if the rest of the world is focused on a crisis in Syria (or whichever country is unfortunate enough to fall into Iran’s crosshairs), they can’t pay attention to the problems in Iran.

Iran also relies on proxy militias so that they can deny their role in the destabilisation and look more favourable to the international community but a mere glance beneath the surface reveals the ugly truth. Iran is the ‘godfather’ of destabilisation in the Middle East.