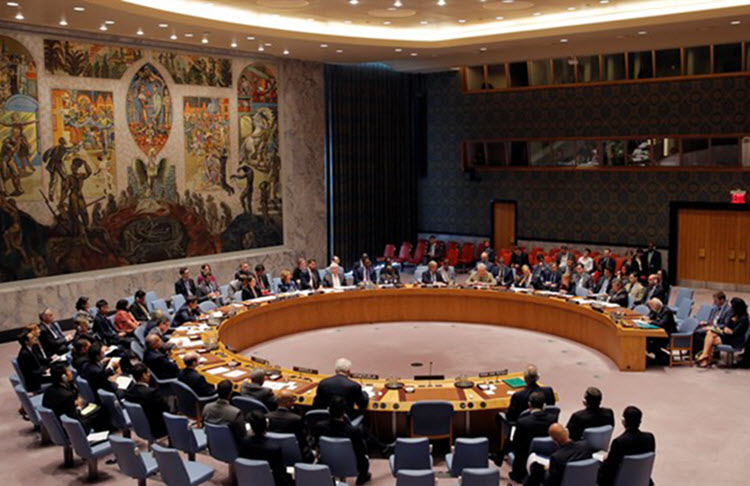 The three nations have also indicated that sanctions violations with regards to the missiles need to be addressed.

The draft resolution would allow the 15-member council to ensure that Iran is subjected to targeted sanctions for any and all activities “related to the use of ballistic missiles in Yemen”.

The UN Security Council received the draft resolution last Friday. It needs to be adopted by 26th February, but there will no doubt be resistance from Russia. Russia has not made any comment on the resolution yet, but it will need nine votes to pass. However, any of the permanent members of the Security Council, that is to say France, Britain, the United States, China or Russia, have the power to veto the votes.

Since the US presidential election campaign, Donald Trump has had a lot to say about Iran. He has criticised the 2015 Iran nuclear deal and has spoken out about Iran’s belligerence and campaign of destruction across the Middle East.

Most recently, President Trump has said that he will pull the United States out of the nuclear deal if its major flaws are not rectified. The flaws, which he has described as “disastrous”, provide Iran will huge sanctions relief and make the deal stand in the favour of Iran. He has made it very clear that Iran will not be allowed to continue the way it has been for the past few years.

The Trump administration has repeatedly mentioned that Iran’s ballistic missile program needs to be taken into account. Iran has said that it must be treated separately to the nuclear deal, but it is very clear that it can be used in complement with its nuclear ambitions. Officials in the Trump administration have said that it is prioritising restraining Iran effectively.

In the past few days, other officials have criticised Iran for other acts of belligerence. On Saturday, Trump’s National Security Advisor H.R. McMaster said that Iran is working on building up a large network of proxies and militias, and the most worrying aspect of all this is that destructive weapons are being introduced to them. He said: “So the time is now, we think, to act against Iran.”

The United States ambassador to the United Nations Nikki Haley had a piece of work published in the New York Times on Saturday. She warned that Iran’s support of dangerous terror groups and militias has risen sharply since the signing of the 2015 nuclear deal. She also warned that Iranian advanced weapons and missiles are “are turning up in war zones all across the Middle East”.

Although Iran denies that it is supplying its allies, including the notorious Houthi rebels in Yemen, with weapons, there is ample evidence to suggest otherwise. Last month, Nikki Haley presented fragments of missiles that were made by Iran after it has been launched towards Saudi Arabia.