Iran Is Losing Power in the Middle East 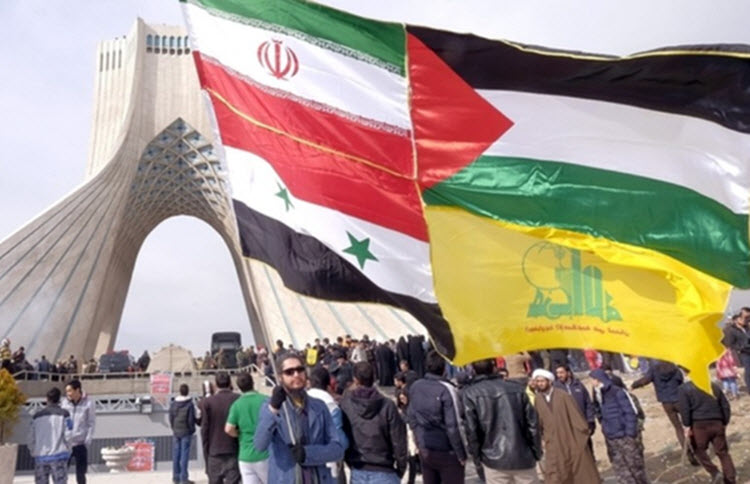 London, 12 Jun – Iran’s Shiite Crescent across the Middle East is waning as the four Arab capitals that the mullahs recently boasted about controlling are turning against them.

Iran created chaos in Syria, Lebanon, Yemen, and Iraq, largely through proxy terrorist groups, in order to destabilise them and take control. The mullahs wanted to subjugate the people of these nations and have them all bow down to the Supreme Leader Ali Khamenei. In short, Iran’s control over these countries was basically colonialism by another name and, as with all colonial powers, Iran will be forced out.

Iranhad a lot of free reign over the Middle East in the past couple of years, as its 2015 nuclear deal with six world powers provided money to support terrorist groups and further destabilise the Middle East with no oversight.

Now, Iran is on the defensive after Donald Trump withdrew the US from the deal and promised to reinstate more sanctions against the Mullahs, therefore cutting off their cash cow. Despite some scaremongering about a US-Iran war, this shows that the real way to target Iran is through diplomatic measures.

On top of the US sanctions, which will also affect the ability of other countries to trade with Iran, Russia has also decided to get tough on Iran in Syria, where they are both fighting to preserve the dictatorship of Bashar Assad. Russia recently ordered Iran away from the Israeli border with Syria, upon Israel’s request, and Iranian troops were forced to comply.

While over in Iraq, Muqtada Sadr, a candidate opposed to Iranian interference, swept to victory in the recent elections, which means that Iran will hold less power over its neighbour.

In Lebanon, where Iran backed Hezbollah holds most of the power in the government, there is little outside pressure to remove them, but the Lebanese people are still largely opposed to Iranian interference.

News editor Ali Al-Amin wrote: “The four Arab capitals are still in an unenviable situation. The outcome of the Iranian influence in them has only brought insecurity to citizens and made them witnesses to regression and fracture of their countries.

The Iranian leadership today is facing the dilemma that it has contributed to in these capitals. The only way out of this dilemma requires yielding to the conditions of the big powers, which have apparently decided to reduce the role of Iran.”

One of the best ways to end Iranian interventionism is to support the Iranian Resistance in their bid for regime change, something that will be the main subject of discussion at the Free Iran gathering in Paris on June 30.

US voices concern over Syria-Iran ties