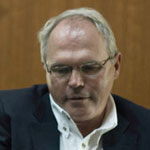 New York Times: Christopher R. Hill, the ambassador to Iraq charged with reshaping the American role here, on Thursday ended his 16-month tenure in an anxious, unsettled country, with a military withdrawal afoot but a key task not done: the formation of a government that will inherit the country. 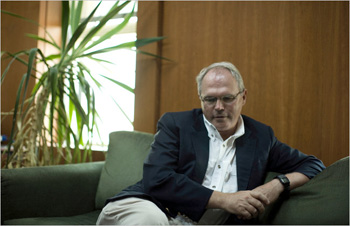 BAGHDAD — Christopher R. Hill, the ambassador to Iraq charged with reshaping the American role here, on Thursday ended his 16-month tenure in an anxious, unsettled country, with a military withdrawal afoot but a key task not done: the formation of a government that will inherit the country.

Mr. Hill postponed his retirement as a diplomat in a last-ditch attempt to reach a deal to end five months of a dangerous stalemate that has prompted a debate over the pace of the American pullout. Hours before his departure from Baghdad, he said a power-sharing arrangement between the main winners in the March election was just weeks away.

The prediction was a bittersweet finale to a 33-year Foreign Service career for Mr. Hill, whose lack of Middle East experience made him a surprise choice to fill one of the United States’ highest-profile overseas posts. Sometimes strongly, he rejected criticism that the deadlock reflected his own ineffectiveness or waning American influence here, even as he acknowledged that the government’s formation was still “a very difficult proposition.”

“I think the process is going forward, and as I get ready to leave here I see, really, frankly, the prospects that we’re going to see a new government as early as a few weeks from now,” he said in an interview.

Some Iraqi officials remained pessimistic about a deal, not least because the power-sharing agreement would effectively sideline followers of a powerful populist cleric, Moktada al-Sadr, as well as an influential Shiite party with long ties to Iran, the Islamic Supreme Council of Iraq.

And while Iran is not believed to oppose Prime Minister Nuri Kamal al-Maliki’s return to power, it views with deep suspicion Ayad Allawi, a former interim prime minister and secular Shiite politician whose electoral coalition won a wafer-thin victory over Mr. Maliki’s in the parliamentary vote. Under the deal, Iraqi politicians say, Mr. Allawi would head a national security council whose decisions would be binding on the government.

“We are not happy about it,” said Vice President Adel Abdul Mahdi, a candidate for prime minister and a leader of the Supreme Council. He warned that the Americans might “solve something and create a bigger mess.”

Preparation for the election, the vote and the negotiations on a new government have dominated the tenure of Mr. Hill, who took over the American Embassy at a time when Iraq was less violent and more stable, but only in comparison to the anarchic months of 2006 and 2007. A skilled diplomat in negotiations with North Korea and the talks that ended fighting in Bosnia, Mr. Hill called Iraq his most formidable challenge, where “the easy is difficult, the difficult is pretty near impossible.”

The appointment of Mr. Hill, 58, was unexpected, and even some of his colleagues wondered whether he was the right diplomat at the wrong time. His predecessor, Ryan C. Crocker, was an Arabic speaker and veteran Middle East hand; Mr. Hill was not. He arrived in a country where seemingly minor American decisions — for example, the choice of the earliest Iraqi representatives on the advisory Governing Council in 2003 — have left an indelible mark on the ethnic and sectarian system that has emerged since.

“I’m just a simple American — I just can’t follow this stuff,” he once scolded a reporter who asked an admittedly convoluted question.

He meant it in jest, but some Iraqi politicians, while often praising his humor, honesty and collegiality, complained about his lack of experience.

Mr. Crocker could lecture on the migration of Shiite clerics from 17th-century Lebanon. Robert S. Ford, a veteran diplomat here who has been nominated as ambassador to Syria, could tell a joke in flawless Egyptian slang. Even Zalmay Khalilzad, a controversial ambassador here, would show up unexpectedly for breakfast with politicians and banter with clerics in Persian.

Both Mr. Khalilzad and Mr. Crocker were said to have an uncanny sense of the importance of what was left unsaid in talks with politicians.

“The most merciful comment I can make is that Chris Hill’s legacy in his time here was uneventful, from the American government’s side, while Iraq was full of events,” said Mowaffak al-Rubaie, an Iraqi politician and former national security adviser. “He was a traditional diplomat with no experience in the Middle East, the Islamic world or Iraq, so he had to start from zero in his relationship with others.”

To Mr. Hill’s supporters, the comment was unfair, and by the end, he was indeed steeped in the intricacies of Iraqi politics. While Mr. Hill acknowledged the difficulty of not speaking Arabic, he scolded Mr. Khalilzad, in particular, for “doing interviews of prospective prime ministers.” In some ways, he said, he brought a fresh eye to old conflicts.

“You can see things with a certain clarity that people who have been up to their eyeballs in sand and dust here might not be able to see,” he said.

The disagreements over Mr. Hill’s tenure speak to a far wider debate over the withdrawal from Iraq and the engagement of the administration in the future of a country that is no longer occupied, but not really sovereign, either. American influence here declined during his time, perhaps naturally. But some worried that the lack of engagement, widely perceived here, had prolonged the formation of a government at a time that its people had been complaining of collapsing infrastructure and a dearth of electricity and water.

Daunting questions remain about the power of Islamic parties, the influence of Iran and the presence of American troops after 2011, the date by which they are scheduled to withdraw, though many politicians expect otherwise.

Mr. Crocker pointedly refused to criticize Mr. Hill, calling him one of the country’s best diplomats, with “the record to prove it.” But, he added, traditional diplomacy “is just not where Iraq is at the moment.”

“It just seems to me, given where Iraq is, we’re kind of hard-wired into the Iraqi system, and into Iraqi political life broadly,” he said.

“It doesn’t work if we’re not there making it work,” he said. “Obviously, that’s not a relationship that is either healthy or sustainable, but it can be critical at this time.”

Last week, the Senate confirmed James F. Jeffrey, President Obama’s choice to succeed Mr. Hill in Iraq. Mr. Jeffrey had been ambassador to Turkey since November 2008. His previous positions include special adviser to the secretary of state for Iraq in Washington, and deputy chief of mission and chargé d’affaires in Baghdad.

On Saturday, March 7, a grand event was held...