AFP: The International Committee of the Red Cross denied on Monday that it will play any role in the closure of Iraq’s Camp Ashraf, which is home to thousands of outlawed Iranian regime opponents. 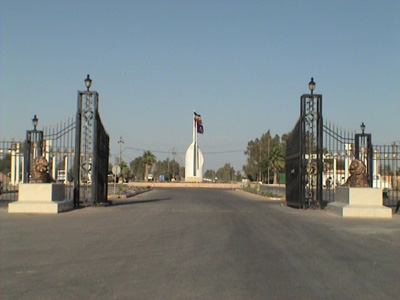 BAGHDAD, June 27, 2011 (AFP) – The International Committee of the Red Cross denied on Monday that it will play any role in the closure of Iraq’s Camp Ashraf, which is home to thousands of outlawed Iranian regime opponents.

“The ICRC will not be part of a committee reportedly being formed to close down Camp Ashraf,” Magne Barth, head of the ICRC delegation in Iraq, said in a statement.

“However, the ICRC will continue its humanitarian work on behalf of the residents and their families on an independent basis.”

On Saturday, Iraqi President Jalal Talabani said in Tehran that the Red Cross would form a tripartite committee along with Iraq and Iran “to make decisions and follow up on necessary measures to shut down the camp” by the year’s end.

Talabani said the ICRC has for years monitored the situation at the camp set up near Baghdad by the People’s Mujahedeen in the 1980s, when Iraq was at war with Iran, and which is now home to about 3,400 people.

The announcement was met with “vigorous” condemnation by the National Council of Resistance of Iran, the broad grouping that includes the People’s Mujahedeen.

The NCRI said allowing the Iranian regime to “interfere in the issue of Ashraf is a red line that should not be crossed,” and called on the ICRC “not to lose credibility by participating in this plan of repression.”

Camp Ashraf has become a mounting problem for Iraqi authorities since US forces handed over security for the camp in January 2009, and amid pressure from Tehran to hand over the members of the militant group.

On April 8, Iraqi security forces carried out a deadly raid on the camp, inside Iraq and near the border with Iran, killing 34 members of the group.