The US Warns Iran Against Provocations in the Persian Gulf 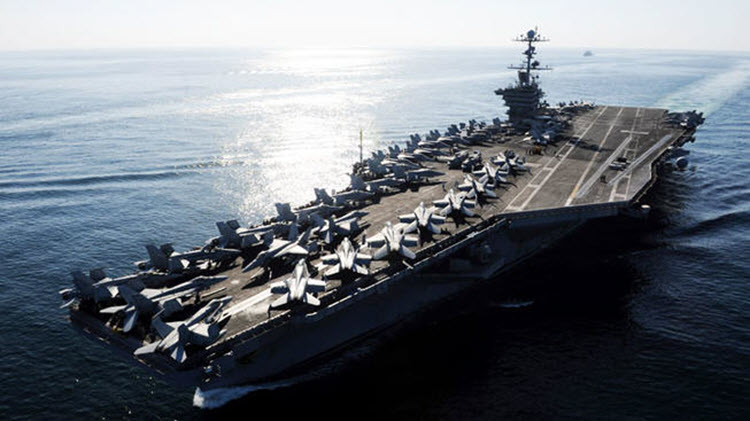 London, 16 Aug – The US Navy has warned that Iranian provocation in the Persian Gulf ‘creates an unnecessary risk of escalation’ between the two states, but that the US will not be backing down.

Commander Bill Urban, spokesman for the US Naval Central Command (NAVCENT), in Bahrain spoke to Al Arabiya English to confirm that the US Navy will continue to operate as normal despite increasing tensions in the area as vehicles under the command of the Iranian Regime continue to engage in unsafe or unprofessional interactions.

He said: “The US Navy will continue to operate as it always has in the region; with professionalism and in accordance with widely accepted maritime rules and norms, grounded in international law. We expect the same from any nation’s professional maritime forces.”

However, he is concerned for the safety of US forces operating in the area.

Urban said: “This type of behaviour is not in accordance with international maritime customs, norms and laws. Each instance creates an unnecessary risk of escalation. [The majority of interactions involve the Islamic Revolutionary Guard Corps Navy] but we do, on occasion, have unsafe or unprofessional interactions with regular Iranian naval vessels.”

He continued: “We continue to advocate for all maritime forces to conform to international maritime customs, standards and laws”.

This statement came after a provocation on August 13, where an unarmed Iranian drone came with 100 metres of US fighter jets near the carrier ship USS Nimitz.

Less than a week before that incident, an Iranian drone came within only 30 meters of an F-18 preparing to land on the carrier.

While Urban played down the possibility of conflict, the Iranian Regime has fanned the flames by releasing incendiary statements throughout the summer, including Iranian Rear Admiral Ali Fadavi threatening that the US would suffer heavy losses if they behaved aggressively towards Iran.

However, the Iranians do not pose that much of a threat to the US Navy as their military spending (while high in comparison to GDP) cannot even begin to match that of the US.

So far in 2017, there have been 14 unsafe or unprofessional incidents by Iranian controlled vehicles towards US Navy vehicles.

Admiral John Richardson, the US Navy’s chief of naval operations, suggested last year that this could be the “new normal” with Iran.

He said: “This idea of competition at sea, what is the new normal, we have to be mindful that we don’t become complacent as things get steadily busier.”

Daily Echo: A wealthy Dorset businessman is today at...

Reuters: Britain on Sunday demanded the release of Iranian...