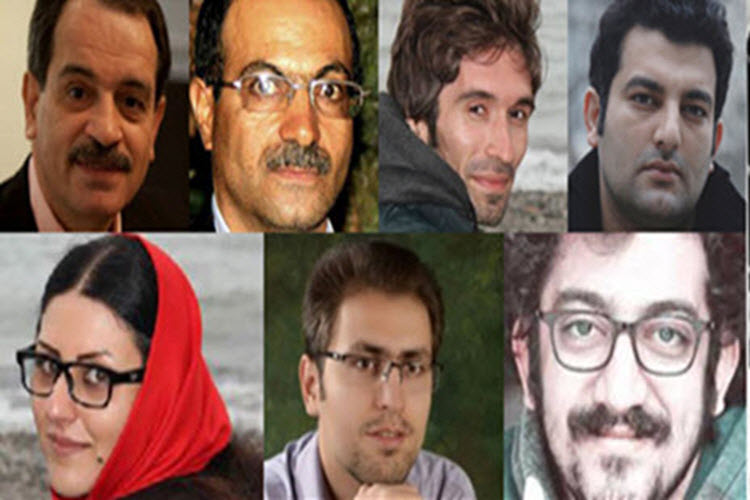 London, 11 Jan – Hunger strikers within Iran appear to be causing the totalitarian regime there to reconsider the conditions of political prisoners.

His wife was imprisoned for writing an unpublished story on a private laptop condemning stoning in Iran and burning a Quran in protest.

Sadeghi is serving 15 years for encouraging political activism and insulting the government. Even by Regime standards, 15 years is a long sentence and it is believed that Regime agents wish this to serve as a warning to other activists.

On January 3, the day before Iraee’s release and the end to Sadeghi’s hunger strike, around 50 activists gathered in front of Tehran’s Evin prison and demanded the couple’s release.

The exact number of hunger strikers in Iran is unknown but at least seven prisoners of conscience are currently on hunger strike from anti-government protesters to an ayatollah to a Lebanese computer technology specialist convicted of espionage.

• Mehdi Kukhian and Karim Chaichian were imprisoned for “spreading propaganda”

• Mohammad Ali Taheri is accused of leading a cult

• Ayatollah Mohammad Reza Nekounam is accused of having relations with “spirits”; a strange charge, even by the Regime standards

• Nizar Zakka is accused of spying

Sometimes, a hunger strike is the only way for inmates to be heard according to Iranian human rights lawyer, Nasrin Sotoudeh.

She said: “To do a hunger strike is a last resort for inmates and political prisoners, who are arrested at midnight, interrogated in unknown jails, under horrible pressures, while their families witnessing the ordeals from afar, what can they do but go on hunger strike?”
Sotoudeh was imprisoned for six years, and in 2012, she went on hunger strike for the second time, when the Iranian Regime refused to allow her 12-year-old daughter to leave the country.

She continued her hunger strike for 49 days and fell into bad health; she dropped to just 95 pounds.

Sotoudeh, who received the Sakharov Prize for Freedom of Thought from the European Parliament in 2012, said: “I am over 50 years old and I have sustained several diseases, suffered pains for different reasons physically. But I should say the hunger strike was the most painful experience which I have suffered in my life and I will never forget it.”

Her first hunger strike was in 2010 after her family was forbidden to contact her and the Regime gave into her demands after four weeks.

Bush says world cannot have peace with a nuclear Iran