Iraqi Prime Minister on Tensions Between the US and Iran: We Do Not Enter Into These Conflicts 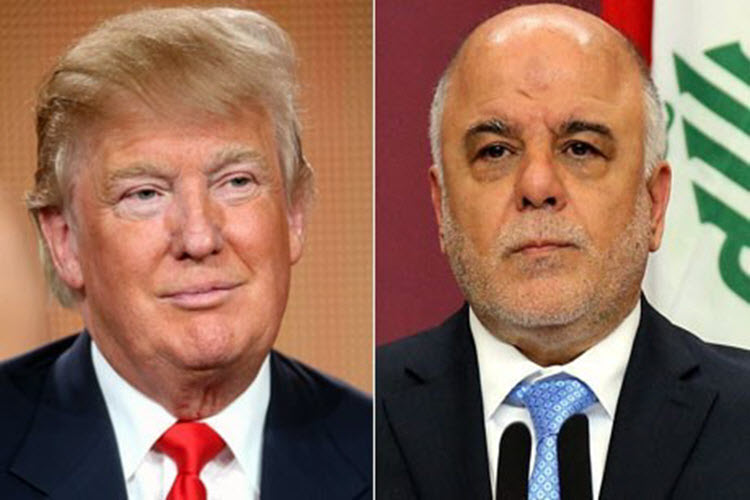 London, 13 Feb – Haider Al-Abadi, Iraqi Prime Minister announced that the country will not be in any of the international and regional conflicts.

Reuters reports on Saturday February 11th that Mr. Abadi made the remarks on state television.

These remarks came after the first telephone conversation between Iraqi Prime Minister and the US President Donald Trump, where there were some talks about tensions between Iran and the US.

Ehsan Alshemry, an analyst close to Al-Abadi said the Iraqi prime minister statements were made with regard to the tension between Iran and the US.

Although Iran has close ties with Iraq’s ruling Shiites, the Iraqi Prime Minister has stressed on Baghdad’s policy of neutrality.

Al-Abadi said in state television that Baghdad sought its own interests and had no interest in participating in any international and regional conflict that brings Iraq misery and misfortune.

After Hassan Rowhani’s statement that anyone who threatens Iran will be regretful, Donald Trump said Iranian President is better to be careful.

The White House said Friday that Al-Abadi and Trump discussed about the “Iranian threat for the whole region”.

In this telephone conversation both parties also stressed the need to deal with the Islamic State (ISIS).

US has more than five thousand troops in Iraq and help the Iraqi government forces in Mosul battle against Islamic militants by air and ground.

Iran also has a role by training and arming the so-called “popular mobilization force” in the fight against the Islamic State in Iraq.

During telephone conversation with Trump, Al-Abadi asked him to lift the travel ban for Iraqi citizens to America.

The Guardian: To its director, cast and seasoned critics,...