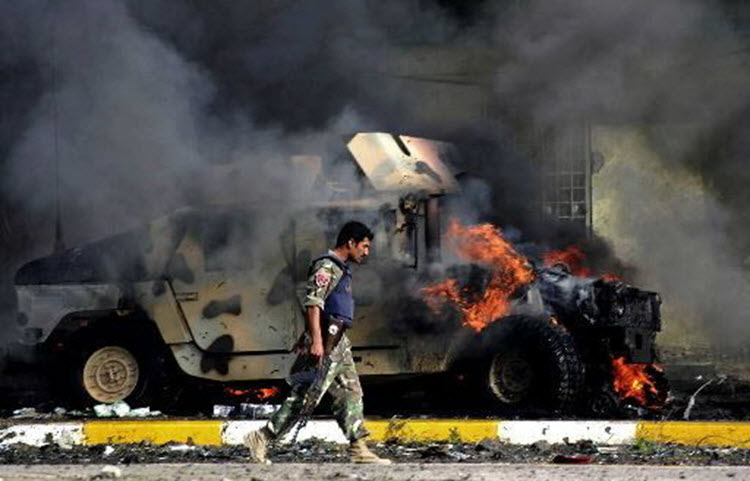 London, 18 Oct – Mere days after Donald Trump decertify Iranian compliance with the 2015 nuclear deal, citing their destabilising influence in the Middle East as one of many reasons, Iran attacked US allies who were fighting ISIS in Iraq.

The Kurdish Peshmerga, who have been retaking land in northern Iraq from ISIS since 2015 when the Iraqi force retreated, were suddenly attacked by Iran-backed Iraqi forces in oil-rich Kirkuk.

The land remains disputed because the Kurdish people recently voted overwhelmingly in favour of independence and the Iraqi government does not want to allow this.

Iran is also against Kurdish independence, with Supreme Leader Ayatollah Ali Khamenei calling it a “Zionist plot”, but there is more to the story. An independent Kurdistan would lead to a stronger US presence in the region, possibly with permanent military bases in the area that Iran uses to transport supplies to militants propping us the Bashar Assad dictatorship in Syria and terrorist proxies across the Middle East.

The Kurdish defeat in northern Iraq is also a defeat for the US, as Iran further strengthened its foothold in Iraq. The Iranian Regime knows that it is no match for the US, which is why it picks on weaker US allies. In response, the US must establish lines which the Regime cannot cross without fear of US intervention, they must work towards containing Iran and stopping its malign influence, and they must see this as only the start of something much bigger being planned by the Iranian Regime.

This is why the US needs to intervene, not only to save their allies but also to target a Regime which is trying to take over the Middle East.

Ranj Alaaldin, a visiting fellow at the Brookings Institution Doha, wrote on Foreign Policy: “Trump now has an opportunity to prove that… he is serious about confronting what he described as Iranian attempts to sow “conflict, terror and turmoil” across the Middle East… As the dust settles from the war against the Islamic State, the United States can no longer sit on the fence. The Shiite militias have many Iraqi rivals — not just the Kurdish Peshmerga, but also Arab Sunnis and moderate Shiite factions, tribes, and clerics who do not wish to see Iraq fall further into Iran’s orbit of influence — who deserve America’s support, not least because they support an Iraqi political order that is ultimately in America’s own interests.”

Trend News: An earthquake measuring 3.2 on the ...

US takes no stand as women barred from Iran vote

AFP: The United States on Friday steered clear of...