The People of Iran Are the Key to Democracy 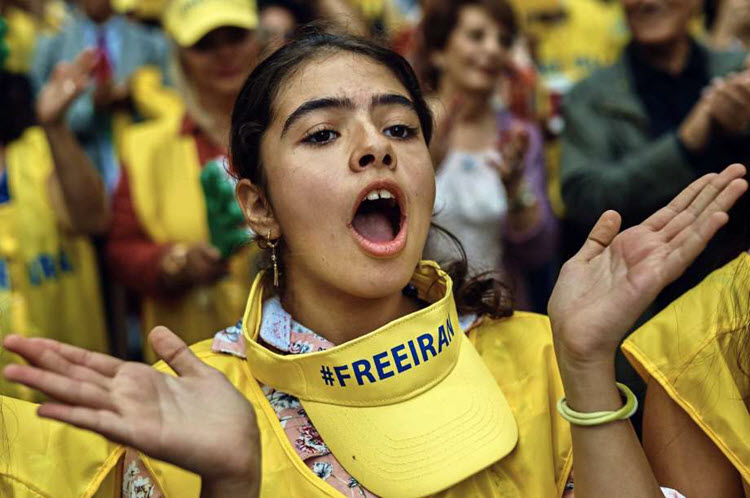 London, 18 Oct – There are four things in Iran that impact heavily on US foreign policy: Supreme Leader Ayatollah Ali Khamenei, his personal terror squads (the Revolutionary Guards and its Quds Force unit), the Iranian Government led by so-called moderate Hassan Rouhani, and the Iranian people themselves whose views and values are incredibly different to that of their oppressive rulers.

The first, second, and third elements are hard to untangle.

The Islamic Revolutionary Guard Corps (IRGC), which is only answerable to Khamenei, controls much of the Iranian economy (often through illicit means), while the Quds Force (designated as a terrorist supporter by the US and Canada) seeks to destabilise the Middle East through proxy terror cells.

The government is so subservient to Khamenei, that even if you thought Rouhani’s rhetoric was what he really believed, you would know that it wouldn’t be acted upon.

Francis Rooney (R-FL), who serves on House Foreign Affairs Committee, wrote on The Hill: “[Rouhani] leads a government which is completely hostile to the interests of the United States, and which nurtures and spreads terrorism as much as his boss, the Ayatollah and his forces do. Despite Rouhani’s campaign promises to release the leaders of the Green Movement of 2009, they remain incarcerated, and 2015 featured the highest rate of executions in Iran in 25 years.”

Indeed, even if you thought Rouhani was a “moderate” despite the clear evidence against, you would not be able to ignore the fact that the Supreme Leader has ultimate control over the government.

The Iranian people could not be more different from their oppressors though; they desire regime change, value personal freedom, and want a democratic government.

Back in June, Secretary of State Rex Tillerson noted that US policy on Iran acknowledges the democratic leanings of the Iranian people and he told the House Foreign Affairs Committee that the US would “work towards the support of those elements inside of Iran that would lead to a peaceful transition of that government”.

This strategy would put the people of Iran in charge of their future and give them the power to govern democratically with the National Council of Resistance of Iran (NCRI) which already serves as a government in exile.

US Resolution Seeking Justice for 1988 Massacre Committed by Iranian Government

US to ramp up pressure on Iran to avoid war: report

AFP: US President Barack Obama's administration is undertaking "a...