Iran Used US to Destroy Iraq 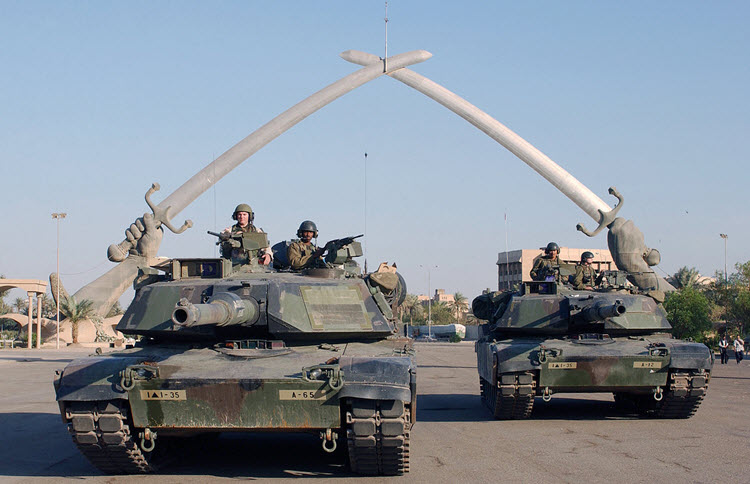 London, 23 Feb – The Iranian government used George W. Bush and Barack Obama to promote its own interests and now Donald Trump is left to deal with the fallout.

Bush was warned that Iran was the major threat in the Middle East, not Iraq; that the mullahs would make life hell for US troops if he invaded Iran; and that Iran wanted to take control of Iraq. But why? Well, Iraq was home to a group exiled from Iran, the People’s Mujahadeen of Iran (PMOI/MEK), who were fighting for a free Iran.

The MEK has been a great threat to the continued rule of the mullahs since the early 1980s, which is why they’ve executed over 120,000 MEK members and smeared them as terrorists in the Western media. So when tensions between Iraq and the US flared up, Iran saw its opportunity.

They used Ahmad Chalabi, an Iran-backed Iraqi politician, fed the US misleading information about Iraq’s weapons of mass destruction and offered to help the US meet with the head of Iran’s intelligence service. This led to the bombing of MEK compounds in Iraq to please the mullahs, even though the MEK never shot back at American forces. When US commander General Ray Odierno approached their main camp to force a surrender, his staff were given dinner and they parted on peaceful terms.

But Bush forced the MEK to surrender their weapons in exchange for protection that never truly came, in the hopes of appealing to the so-called moderates in Iran, which meant that the last chance to challenge Iran was quashed.

So Iran began to take control over Iraq, funding anti-US insurgent groups, harassing US forces, and bombing US troops. Thus, in 2009, Obama pulled US combat troops out of Iraq, which left a power vacuum for Iran to exploit and left the MEK at the mercy of Iran-backed Iraqi special forces who launched missile attacks on their compounds.

The Iraq war was one of the greatest foreign policy disasters in American history, marked by arrogance and naivete on the parts of the US leadership.

L. Todd Wood, a former special operations helicopter pilot, wrote: “The results are on full display today, with Mr Trump left to clean up the mess. Iran now has its coveted Shia “land bridge” to supply allies and proxies from Tehran to Damascus. We finally have a president who correctly diagnosed the problem. Let’s hope he has the fortitude to supply the remedy.”

Iran says it will cut imports of non-essential goods

Reuters: Iran said it would seek to cut imports...

Schools closed in Tehran due to air pollution: Iran