Iran desperately trying to save Assad in Syria – former MEP 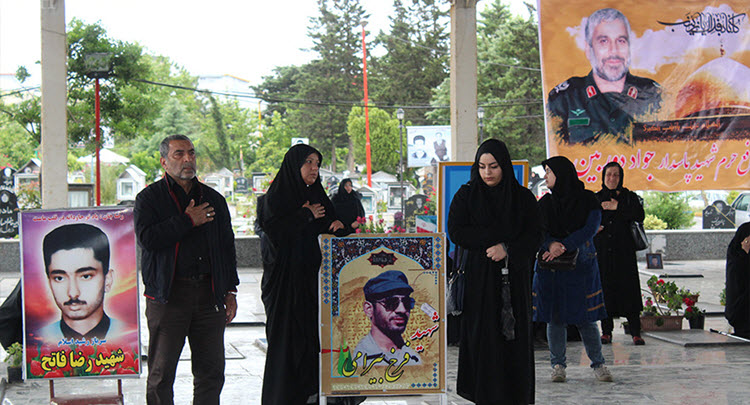 London, 10 May – Iran’s investment in the Syrian conflict is growing by the day according to Struan Stevenson, a former European lawmaker. Writing in The Hill Stevenson outlined the all-or-nothing strategy of the Iranian government.

Over 60,000 troops from the Iranian Revolutionary Guards Corps (IRGC), including 8,000 soldiers from the infamous Qods Force, and thousands more foreign mercenaries are being used to support Bashar al-Assad. Recently an entire brigade of the Iranian army, the 65th Brigade, known as Nohed or Green Berets, was deployed.

Supreme Leader Ali Khamenei has even appointed a senior cleric as his personal representative in Syria – some members of Iran’s government call Syria the 32nd Province of Iran.

“The chief of staff of the Iranian military, Maj. Gen. Hassan Firouzabadi, arrived in Damascus on April 30 to assume direct command of the Iranian, Syrian and Hezbollah forces fighting in Syria”, wrote Struan Stevenson, President of the European Iraqi Freedom Association and a Scottish former Member of the European Parliament.

Defeat for Assad would mean Tehran losing a crucial ally in the region – many have said that if Assad falls then Tehran will be next. Interventions thus far have not gone well. Iran has faced heavy losses in the fighting. Thousands of regular soldiers have been killed as well as at least 40 IRGC generals and commanders.

Desperation is setting in amongst the Iranian forces, some analysts say. To quell dissent the government has returned to an old trick- the use of children as soldiers. A recent propaganda video showed young children in military fatigues singing their willingness to die for Ayatollah Ali Khamenei. The lyrics include further bluster intended to rouse sentiments by stating Jerusalem as the final goal.

The number of refugees in the world is at its highest since World War II. Across the Middle East, North Africa and Central Asia thousands of people are without work. When the Iranian government offers them citizenship and $600 it is unsurprising that many are willing to take up arms. The IRGC Qods Force has overseen the creation of a Fatemyoun Division that is comprised of Afghan refugees fighting in Syria.

Russian intervention saved Assad late last year. News of General Qassem Suleimani dispatch to Moscow in order to plead for more assistance shows the gravity of the situation for Tehran and Damascus.

U.S. and Europe to give Iranians new atom offer