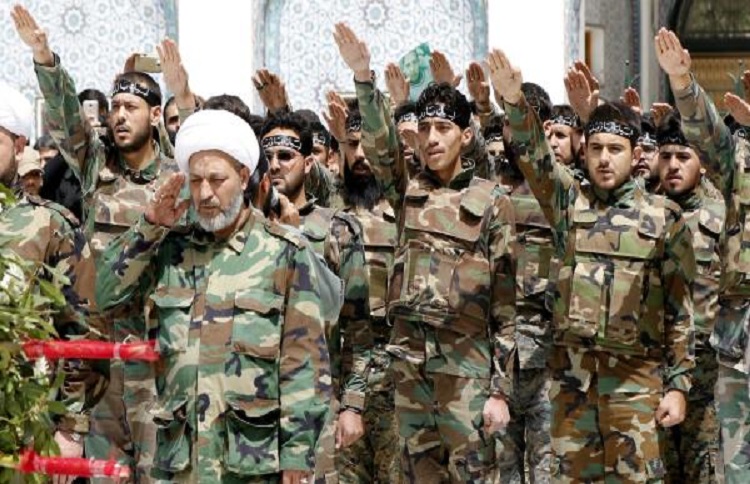 Fourteen Iran-backed militiamen, who were sent to Syria to fight on behalf of Dictator Bashar Assad, were killed in airstrikes on Sunday, according to the Syrian Human Rights Observatory.

Many of the militia members stationed in Deir Ezzur, eastern Syria, were severely injured so the fatality count is expected to rise over the coming days. Most of them are Iranians and Iraqis, which is not surprising considering that the regime has a long history of recruiting men from the Middle East to serve as cannon fodder in Syria.

In fact, in a display, the Iranian regime’s inhumane nature, officials of the Karaj Central Prison, and a delegation from the government, visited the wards on July 27 to recruit inmates to fight alongside the regime in Syria in exchange for release from prison.

One inmate released from a different province explained that they were sent to fight in one country and then another, before being allowed to return to Iran if they survived. Even then, they weren’t allowed to return to their families, but rather dumped in another area of Iran and still expected to fight whenever the Revolutionary Guards (IRGC) deem it necessary.

He said: “I saw two cases with my own eyes. One individual went by the name of Rauf. His family and other inmates were told he was executed. He was sentenced to death on charges of preparing and possessing narcotics. He was sent directly from the [IRGC] intelligence to Syria. He told me he is going to Syria, but they will lie to you and say I was executed.”

The regime has spent billions of dollars to ensure the survival of the Assad regime in Syria, with Parliament Security Commission member Heshmatollah Falahatpisheh saying in March that “we may have given $20-30 billion to Syria” since the start of the Syrian civil war in 2011. Of course, more accurate figures from the Iranian Resistance put the true number at up to $100 billion.

Falahatpisheh then advised that the money spent on foreign wars and terrorism could be better spent on the Iranian people and prevent some of the unrest that will ultimately bring down the regime. Of course, the regime will not do this. They even sent the people back to work during a pandemic causing the number of coronavirus cases to soar.

Falahatpisheh said. “We have the necessary budget to solve the country’s economic problems, that is, if the budget is not spent on other things.”

Irans Ahmadinejad links cartoons to his denial of Holocaust