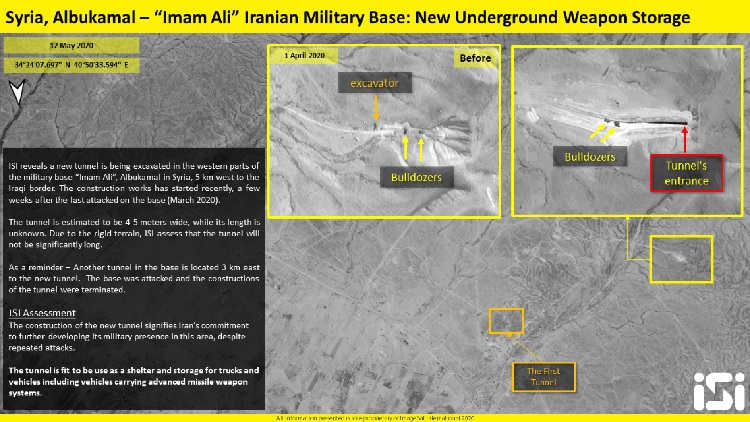 Iran has been torn via numerous environmental and socioeconomic disasters; however, the government insists on squandering the country’s national resources on regional ambitions. In this respect, the ayatollahs pursue to stockpile advanced weapons and vehicles in Syria in addition to destabilizing the shipping security in the Persian Gulf.

Simultaneously, the crackdown on the people, particularly on political dissidents, women, ethnic and religious minorities, and impoverished classes of the society who bear the most burden of the ayatollahs’ economic mismanagements and systematic corruption.

Also, the ayatollahs’ generous charity to their regional allies relentlessly continues while the Iranian people are in great need of health and hygienic supplies. In this context, on May 5, Iranian ambassador to Lebanon Mohammad Jalal Firuz-Nia pointed out that the Revolutionary Guard (IRGC) had sent a humanitarian cargo to Lebanon.

Notably, the Iranian government suffers from massive budget deficits, which compelled the authorities to raise the gasoline prices in November as well as raising the bread prices.

Furthermore, the Iranian government still supports Damascus dictator Bashar al-Assad with manpower and weapons against the Syrian protesters. The ayatollahs’ ominous interference in Syria has contributed to the death of at least 700,000 Syrians so far. However, in the lack of a firm policy against the Iranian government’s aggression and meddling, they freely expand their influence. Thanks to Bashar al-Assad, they have turned Syria into their vessel.

Also, the IRGC’s provocative activities are ongoing in Syria. On May 12, Fox News published satellite images proving that Iran is building a new tunnel at the Imam Ali military base in eastern Syria. According to images and analysis, Fox News wrote the tunnel is capable of storing advanced weapons systems.

Before March, the IRGC forces were digging such a tunnel in a similar complex two miles away. However, they were coerced to stop construction after a bombardment.

These moves are taking placed while the Iranian foreign minister Mohammad Javad Zarif claims that U.S. economic pressures have debilitated the country’s power to contain the coronavirus. However, Zarif does not clarify how his government can spend the national resources for digging tunnels in a foreign territory?

On the other hand, Iranian authorities plan to breach the United Nations Security Council arms embargo, which automatically causes wasting of more Iranians’ wealth on unnecessary projects. Moreover, not extending the arms embargo on the Iranian government would enable the world’s number one state-sponsor of terrorism to advance its weaponry systems.

By Pooya Stone Another uprising in Iran will happen...