Iran: At Which Point Will It Leave Syria? 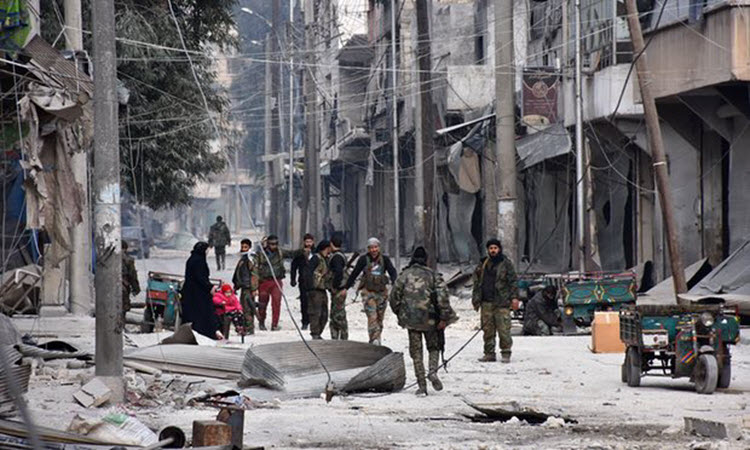 London, 13 Dec – Some reports indicate that there are around 70,000 Iranian soldiers fighting in Iran. Other reports suggest that the number is double this – in excess of 140,000. Whatever the number is, Iran has been sending manpower in the form of its own troops and also militias to Syria, and has been footing the bill for it. The regime wants to control Aleppo and is nearly there; thanks to Russia. At the same time, Syrian dictator Assad has been using chemicals and gas to get rid of inhabitants in order to vacate the area.

What happens now that Assad, with the help of Iran, managed to seize the eastern part of Aleppo? Well, one thing is for sure – it will not stabilise the country. It will take a long time before the regime’s existence can be imposed. So will Iran continue to support Assad despite inevitable heavy losses? And one wonders what will happen if Assad eventually gets Aleppo. Will he go for the rest of the country in the same way?

Also, what about the Syrians who now despise the dictatorship? They are hardly going to turn towards supporting Assad. It will be impossible for Assad to rule the country after the horrific bloodshed it has been responsible for.

If Assad wins, it is almost certain that Damascus will fall if it leaves Syria. If it keeps its military there the war will continue at high cost and of course domestic threats. Iran now knows that it is futile to continue because one day they will have to step back and let a political solution resolve the issues.

Morale is low in Iran and Russia. Morale is also low for the Lebanese Hezbollah and the Iraqi League of the Righteous. We see propaganda that is aimed at their own people. They have so far not been able to win and it has already cost them in heavy losses and financially in the form of expensive and sophisticated weapons (that the opposition do not have). Russia sees the war as an international issue and will possible leave as suddenly as it entered and will not consider the effect this will have on Tehran and Damascus.

Other countries across the Middle East have been reluctant to act or even comment on defeat in Aleppo. They are aware that the war could go on for a long time yet and Iran will only leave when it has to – when the cost is too high to continue.

AP: The onslaught has not deterred the militants from...