National Council of Resistance of Iran (NCRI), position regarding the Massacre in Aleppo 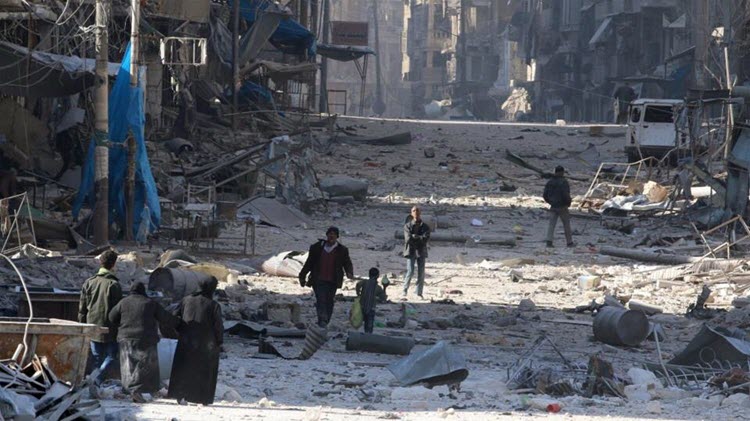 London, 13 Dec – Mr. Mohammad Mohaddessin, Chairman of the Foreign Affairs Committee of the National Council of Resistance of Iran (NCRI), regarding the crime against humanity in Aleppo and the continuation of savage bombings and massacre of innocent people in the streets of this city, said:

This is the biggest crime against humanity of the 21st century and it is being perpetrated by Khamenei, the Revolutionary Guards (IRGC), their mercenaries and the Assad regime.

The despicable silence and inaction by the international community on this crime against humanity that is occuring in front of television cameras is a shame for contemporary history.

The Iranian regime and the IRGC are the main source of crises in the region and the massacre of the Syrian people. As long as the clerical regime is not evicted from Syria, Iraq, and other countries in the region, neither ISIS would be uprooted nor would the crisis in the region come to an end.

Aleppo will be forever the capital of resistance for freedom and an inspiration for all freedom-loving people. Aleppo will rise from its ruins and will herald the destruction of the Iranian regime and its allies and mercenaries in the region.