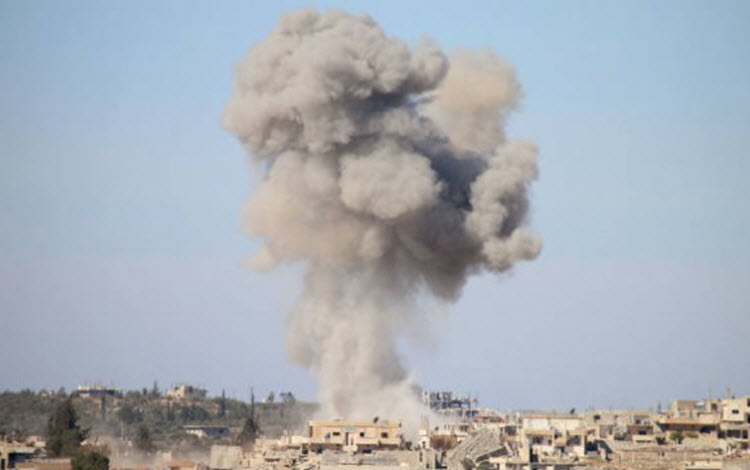 London, 7 Jun – Paul McLeary wrote a report for Foreign Policy on the conflict between Iran and the US in Syria over a tiny tract of land on the Iraq-Syria border, which has already resulted in military action, according to US officials.

McLeary wrote: “American warplanes bombed an Iranian-backed militia that entered a supposed no-go zone near a US garrison in southern Syria on Tuesday…The strike marked the second by a U.S. aircraft in less than a month and signals a growing risk of direct conflict between American and Iranian forces and their partners in Syria. The air raid came after the militia aligned with the Syrian regime and Iran failed to heed a warning to leave the area.”

He continued: “U.S. officials said that the force of about 60 fighters armed with tanks and anti-aircraft weapons entered an exclusion zone around the base at Al Tanf, where American Special Operations Forces train Syrian rebels. Before unleashing their bombs, American military officials first contacted their Russian counterparts who are allied with the Iranian-backed force. But when the new column refused to leave, the Americans struck. It is unclear how many casualties resulted.”

The U.S. Central Command released a statement saying that they will only fight the Regime troops if they refuse to leave the de-confliction zone.

McLeary wrote: “The strike came on the same day U.S. and coalition aircraft were busy supporting thousands of Syrian Arab and Kurdish forces assaulting the de-facto Islamic State capital of Raqqa, the terrorist group’s last urban stronghold in what is left of its “caliphate” in Iraq and Syria.”

For the Americans, this land contains a garrison that they are using to train Syrian militias in the fight against so-called Islamic State.

McLeary wrote: “US officials view the Iranian movement near Al Tanf, in the extreme south of Syria, as a probing action to test the U.S.-trained forces there, and possibly act as a blocking force to prevent them from moving north to Deir Ezzor.”

For the Iranian forces, this is a key land bridge between Iraq and Syria and could easily be used to help form their Shiite Crescent between the Persian Gulf and the Mediterranean.

McLeary wrote: “The Syrian regime wants to eventually retake the province, and Iran views the province and the river valley as a vital conduit to maintain influence from Iraq, through Syria and into Lebanon.”

It is not yet clear how the US plans to handle the Iranian Regime.

McLeary wrote: “President Donald Trump has traded hostile rhetoric with Iran but his administration has yet to articulate how it plans to address an increasingly volatile situation in Syria with Iranian advisors and proxies in close proximity to U.S. forces and their local allies.”

Trask said: “If anything, increased defence dollars in Iran are likely to go toward increasing that network, looking for ways to expand it. We’ve already seen evidence of them taking units and officers out of the conventional side that are working with the IRGC in Syria.”

However, he noted that the IRGC were not winning in Syria and would have already been wiped out if not for Russian support.

The danger of trusting Tehran

Source: THE HILL BY: Alejo Vidal-Quadras Twelve years since...

Ahmadinejad says Bush, Merkel must be prosecuted for defending Israel