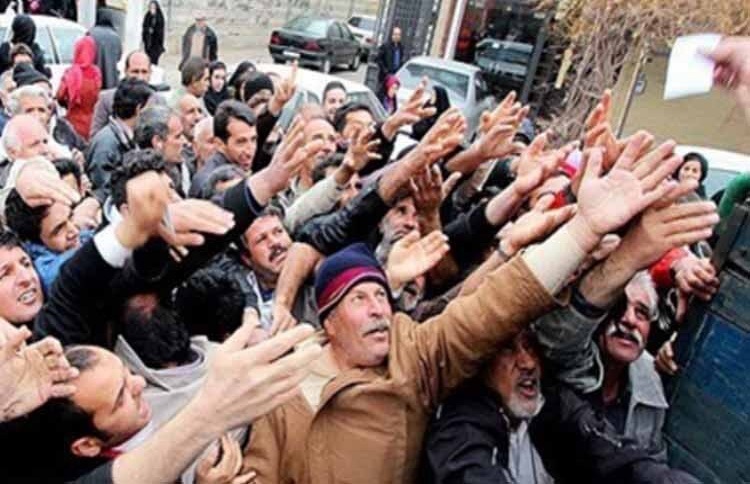 With the gradual increase in inflation in Iran since the beginning of 2020, the purchasing power of the people, especially the lower classes of society, has sharply decreased.

Criticizing the rise in inflation, Mohammad Ghasemi, Head of Parliamentary Research Center, said: “We are born and aged with double-digit inflation. This feature is normal for our country. The inflation rate in Iran is one of the highest inflation rates in the world.”

He added: “This issue is very important from the point of view of the household sector because due to the decrease in investment capacity, per capita income is declining and the purchasing power of individuals has decreased to one third compared to 2011, which has affected poor families more.

“From the point of view of the inequality index, inequality is increasing. There is a big difference between the provinces regarding the poverty map. The ranking of the business environment has fallen sharply due to the unfavorable economic stability, the efficiency of the commodity and business markets.”

Hashem Mozaffari a professor at Ardabil University also said that the increase in prices in the spring of this year paves the way for a sharp decline in the value of the national currency and consequently a decrease in the purchasing power of vulnerable groups and holders of fixed salaries, especially employees and workers. “The dollar price and the outbreak of the coronavirus have closed some businesses and inevitably created problems in the community. Continuation of this process can pave the way for the bankruptcy of some jobs and businesses in society.”

He added: “People’s purchasing power is declining due to the psychological burden of the rising dollar and (gold) coin prices, economic sanctions and coronavirus conditions.”

He pointed to the exponential rate of decline in income and consumption on the purchasing power of households and said: “This process has more effects than the rate of decline in monthly incomes, while inflation has risen more than the level of income of employees and workers.”

This government expert said: “While the annual salaries of these groups have increased by 15%, the minimum inflation rate in the first quarter of this year has been more than 40%, and in basic and essential goods it has been more than this amount.”

He pointed to a 40% decrease in the purchasing power of households during this period and said: “This situation is while in some areas there has been a decrease in income and along with inflation, the sources of household income have been reduced. To offset the negative effects of inflation, one way is to increase household incomes, which is possible through more work and government assistance.”

He pointed out: “Most groups in society are affected by the current situation, among which some income groups such as employees and workers who have fixed salaries or those with lower incomes are more concerned and troubled.”

Iranian Banks Have Shut Down 1,460 Factories