Trump and Putin Agree That Iran Must Leave Syria 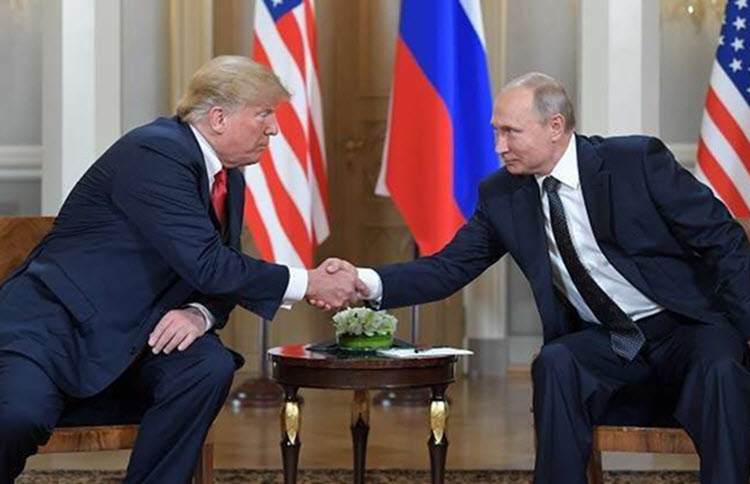 London, 17 August – Donald Trump and Vladimir Putin are reported to have “agreed in principle” that Iranian forces should leave Syria, during their meeting in Helsinki last month.

A US official in the Trump administration spoke to Bloomberg on condition of anonymity about the closed-door meeting in July and explained that both parties agreed about the need for forces from the Iranian military and militias back by Iran to leave the war-torn nation.

However, the source revealed that Putin had doubts about how easy it would be to remove the Iranian forces from Syrian territory, believing it would be a difficult task.

The White House has not published much information about the meeting, but the official reports that a lot of time was dedicated to the ongoing civil war, where the US and Russia are fighting on opposite sides, and Iran’s role within it.

The Syrian Civil War began in 2011, when the Arab Spring protests reached the country and the people rose up against the Bashar Assad dictatorship. Iran, seeing an opportunity to take power, sent their militias into Syria to fight for Assad, with the goal being to turn Syria into a vassal state, as Iran had previously done with Iraq. Another benefit for Iran was that it would hopefully douse any sort of revolution from its own people.

Neither of these plans worked out for Iran, with the Iranian people loudly calling for regime change in the streets as part of an ongoing uprising and the other power players in Syria attempting to force them out.

Of course, it seems more than clear that the only way to stop Iran from meddling in the affairs of sovereign states, exacerbating conflicts in the region, and abusing their own people is for Mullahs to be expelled from the region altogether.

Other discussions between the US and Russia

The US official also reported that Trump and Putin discussed the campaign against the ISIS terrorist group, Russian interference in the 2016 US elections, the nuclear programmes of both Iran and North Korea, disputes between Israel and Syria over the Golan Heights, and the humanitarian situation in Syria. They also discussed the extension of arms control treaties, one of which expires in 2021, but this yielded few results.

US National Security Adviser John Bolton will meet with Russian officials in Geneva next week as a follow-up to the Helsinki summit. It is expected that arms control and Syria will be the main talking points.

Washington Times: With the U.S. and Iran barely on...

AP: Iran said Saturday it will never agree to...