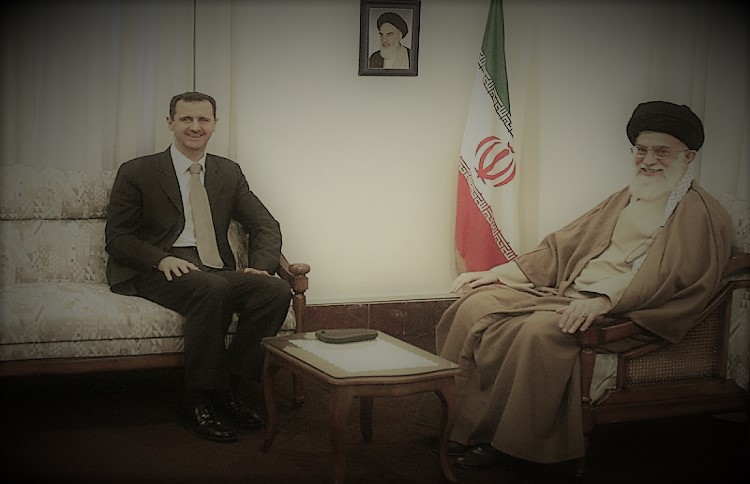 Following the bombing of the positions of Iranian regime’s proxies in Syria on 1 March by Turkey, a new crisis began for the Iranian regime – the crisis of strategic failure in Syria and the deadlock to choose between Syria or Turkey.

The official media of the regime tried to hide the Turkish blow that was until now, known as its ally in Syria.

The State TV news channel on 29 February reported: “The President of our country, in contact with the President of Turkey, emphasized the eradication of terrorists and the preservation of innocent lives in Idlib. Mr. Rouhani suggested that a trilateral summit of Iran, Turkey, and Russia be held to resolve the problem of Idlib…”

“Referring to Iran’s role in Syrian developments, Erdogan also called political talks the only solution to the Syrian problem and called for assistance and cooperation from the Islamic Republic of Iran.”

But the release of a statement by the Iranian regime’s forces in Syria, titled “Iran’s Military Intelligence Center in Syria”, soon announced the reversal of the balance of power against the regime. On 1 March, the so-called Iran Military Intelligence Center in Syria in northern Syria, citing the deaths of 21 of Fatemiyoun and Zainebiyoun brigades in the Turkish attacks, announced that the Turkish army continued to bomb the positions of this center. The statement reads: “We ordered our troops not to target Turkish troops in Idlib to save their lives.” (State-run website Asr Iran, 1 March 2020)

Saadullah Zarei said that Turkey showed its true color in Idlib and attacked the regime’s forces, sees this event in parallel with the failure of the regime to stabilize a government with Mohammed Allawi in Baghdad and, as usual, called it arrogant conspiracies against the regime. (Kayhan, 3 March 2020)

But the reality of the regime’s weak stance against Turkey is deeply rooted. Javid Ghorban Ogli, a former Foreign Ministry official, cited the confusion in the regime’s positions and the contradictions between the of speeches of the regime’s president and the foreign ministry spokesman and the regime’s proxies’ statement in Syria, expressed concern that the attacks: “can cause dangerous and negative developments in relations between countries of the region, especially Iran and Turkey.” (Jahan Sanat, 2 March 2020)

What the former diplomat describes as a “negative and dangerous change” is more explicitly acknowledged by the State-run daily Jahan Sanat, referring to the economic stifling of the regime and that in the context of the sanctions, Turkey is the only channel for the regime’s economy, called the continuing intervention of the regime in Syria as a failure and wrote: “Political and economic logic and reason dictate not to block trade with Turkey under the pretext of Idlib, which is not a strategic region for Iran.”

At the same time, former Foreign Ministry official Qassim Moheb Ali insisted that if the regime’s objectives in Idlib were not combined with the interests of maintaining ties with Ankara, it would certainly be a priority to try to maintain relations with Turkey in order to preserve the economic gain for the regime.

Acknowledging the regime’s failure in interventions in Syria and of course its crimes to maintain Assad’s dictatorship, he said:

“Because the government of Bashar al-Assad was not a democratic government arising from the opinion and the votes of the Syrian people, it was a dictatorial government whose record of crimes led the people of his country to rise up against it.” (State-run Diplomacy Irani website, 5 March 2020)

Bloomberg: Oil rose to the highest level in four...