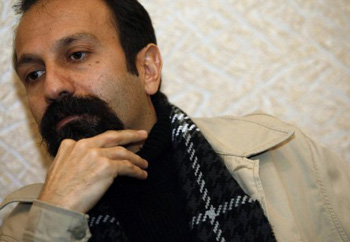 The Shargh newspaper quoted deputy culture minister Javad Shamaqdari as saying that authorities had revoked a permit for “Nader divorces Simin,” which is still in production, because of the director’s “inappropriate” comments at a recent awards ceremony.

“The decision was made over his comments at the ceremony which were not nice. He was given a week to correct his remarks but he did not,” Shamaqdari said.

“Those were really inappropriate comments,” the official said, also quoted by Arman and Tehran Emrouz papers.

“We are trying to be transparent so that people know why a filmmaker is encouraged and another is restricted,” Shamaqdari was quoted as saying.

In a recent Iranian award ceremony Farhadi wished for “change” as he spoke out in favour of actress Golshifteh Farahani and celebrated directors Jafar Panahi, who spent over three months in jail, and Mohsen Makhmalbaf, emigre filmmaker and vocal backer of Iran’s opposition Green Movement.

“I hope next year things change in a way that Golshifteh… and Makhmalbaf can easily return. I hope Jafar Panahi can make films. I hope next year will be in no way like these years,” Farhadi reportedly said at the ceremony.

Farhadi, 37, won Berlin festival’s best director award last year for his broadly popular drama “About Elly,” the story of a woman who vanishes on a weekend outing with friends, setting off a chain of lies to maintain appearances and traditional social mores in Iran’s conservative Islamic society.

Farhadi also collected several awards this month at home, at an annual ceremony for Iranian cinema.

The film’s leading actress Golshifteh Farahani infuriated hardliners in Iran by shedding the mandatory Islamic veil abroad at the premier of her first Hollywood appearance “Body of Lies.”

The 27-year-old actress has lived in self-imposed exile in France since leaving Iran about two years ago. By law, Iranian women must wear the Islamic headscarf in public, even outside Iran.

Iranian filmmakers must obtain authorisation from the culture ministry before shooting and all artistic productions and books are subject to vetting before release.

Many filmmakers, writers and artists have complained about increased censorship under hardline President Mahmoud Ahmadinejad and most backed opposition leader Mir Hossein Mousavi against him in Iran’s June 2009 election.

Ahmadinejad’s disputed victory which the opposition charged was fraudulent sparked mass street protests, plunging Iran into one of its worst political crises since the 1979 Islamic revolution.

Iranian authorities jailed Panahi for three months this year over an “unauthorised” film about the unrest amid a crackdown on critics and opposition supporters.

AFP: US Secretary of State Hillary Clinton should formally...