Reuters: Senegal recalled its ambassador to Iran on Tuesday, saying it was unhappy with explanations given by Tehran over an arms seizure in Nigeria that has dented Iran’s quest for allies and trade partners in Africa. 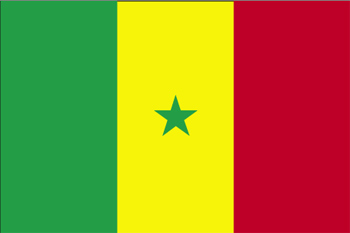 DAKAR (Reuters) – Senegal recalled its ambassador to Iran on Tuesday, saying it was unhappy with explanations given by Tehran over an arms seizure in Nigeria that has dented Iran’s quest for allies and trade partners in Africa.

Neighbouring Gambia has already cut all ties with Iran after the seizure in Lagos port in October of 13 containers of weapons from Iran, which analysts say has turned to Africa for friends in the international dispute over its nuclear programme.

The Senegalese move comes just one day after Iranian Foreign Minister Manouchehr Mottaki was sacked while on a two-day visit to the West African state, partly to explain the affair.

“True to the need for peace and security which should guide ties between states, and deeming unsatisfactory the explanations provided by the Iranian side in this affair, Senegal has decided to recall its ambassador to Iran for consultations as of today,” a Foreign Ministry statement said.

The seizure in Lagos prompted two Iranians to seek refuge in Iran’s embassy in the Nigerian capital Abuja. Diplomats and security sources identified the two as members of Iran’s al Quds force, the foreign operations unit of its Revolutionary Guard.

The purpose of the shipment remains unclear.

Gambia — the next country of destination for the arms — abruptly severed all ties with Iran. A tiny country reliant on tourism, it had hosted President Mahmoud Ahmadinejad on a number of visits and had economic, agricultural and security ties.

Iran has existing trade ties with Senegal and in May offered to carry out infrastructure projects including road, railway, port and airport construction.

Iran has faced sanctions and other pressure from within the U.N. Security Council to curtail a nuclear programme suspected as being a cover for acquiring the atom bomb. Iran denies such an ambition and says the programme is aimed at power generation.

Reasons behind Mottaki’s abrupt sacking were not given but analysts suggested it tightened Ahmadinejad’s grip on foreign policy and was a demonstration of his political power.

AFP: General David Petraeus, the head of US Central...