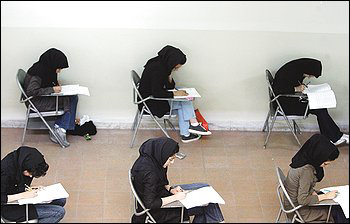 Deputy Minister of Science for Research and Technology Mohammad Mehdi Nejad Nouri, quoted by IRNA, said at least 36 courses would be changed by September after revision by a group of university and seminary experts.

The report did not name the subjects that would be changed, but officials said last year Iran would review 12 disciplines in the social sciences, including law, women’s studies, human rights, management, sociology, philosophy, psychology and political sciences, as their contents were too closely based on Western culture.

Iran’s Supreme Leader Ayatollah Ali Khamenei called for modification of these studies in August, saying that many humanities subjects are based on principles founded in materialism rather than divine Islamic teachings.

The Islamic Republic’s hardline rulers accuse the West of engaging in a “soft war”, trying to influence the country’s young generation with non-Islamic ideas.

Access to the Internet and illegal satellite television mean Western culture is popular among young Iranians, a vital constituency in a country where 70 percent of the population is under 30 and has no real memory of the 1979 Islamic revolution which toppled the U.S.-backed Shah.

A senior Education Ministry official, Abolfazl Hassani, said in October that the Islamic state would not allow its universities to teach disciplines it deems too “Western”.

Reuters: Many thousands of Iranians shouted "Death to America,...

AP: Iranian media are reporting that a centrist presidential...