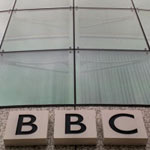 AFP: Two Iranian film-makers detained in September for collaborating with the BBC Persian service were released on bail on Wednesday, the ISNA news agency reported.

TEHRAN (AFP) – Two Iranian film-makers detained in September for collaborating with the BBC Persian service were released on bail on Wednesday, the ISNA news agency reported.

“Katayoun Shahabi and Mehran Zinatbakhsh, two documentary makers arrested for working with the BBC, were released on Wednesday after making bail,” the news agency said.

Iran detained six filmmakers on accusations of working for the BBC Persian service.

Naser Safarian and Mohsen Shahnazdar were released on October 8, the Fars news agency reported at the time, citing a statement by the Iranian Documentary Filmmakers Association (IDFA).

Iranian officials accused the six of “collaborating” with the BBC Persian service — whose broadcasts are often scrambled in the Islamic republic — with an aim to “paint a black picture of Iran.”

The BBC says the six were not staff or commissioned workers but rather independent filmmakers whose films had appeared on its Persian service.

Iran bans any cooperation with foreign radio and television networks that broadcast in Persian, including the BBC and the Voice of America.

Iranian officials have charged the BBC fuelled unrest that broke out following the controversial 2009 re-election of President Mahmoud Ahmadinejad.