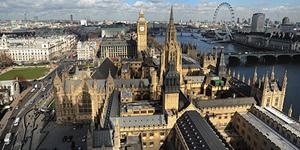 On the occasion of the 50th anniversary of the founding of the organisation, the British Parliamentary Committee for Iran Freedom published a statement that said it “joins Iranians, both in exile and inside the country, to salute members of the PMOI in Camp Liberty and the Iranian Resistance movement for their sacrifices and principled struggle to bring freedom and democracy to Iran”.

They praised the PMOI (MEK) for firmly rejecting the “doctrine of absolute rule of the Ayatollahs as another form of dictatorship” following the 1979 popular revolution in Iran and applauded them for acting as the “stalwart barrier to the regime’s retrogressive and misogynist policies”. They recognised the PMOI (MEK) as the organisation that strived for a government based on popular vote and the separation of church and state in Iran.

They described this as a “democratic stance” that made the PMOI and its members targets for “political violence and defamation propaganda”. 120,000 people have been executed by the regime, 30,000 of them being political prisoners that were massacred in the summer of 1988, most of whom were PMOI members and activists. This was part of the regime’s efforts to destroy opposition to their theocratic rule.

However, the PMOI has never caved to the theocratic rule and continues to strive for democracy in Iran. The PMOI have been instrumental in the work of the NCRI (National Council of Resistance of Iran), a “coalition of Iranian groups and personalities dedicated to democratic change in Iran, headed by Maryam Rajavi”.

The statement also highlighted the PMOI’s essential role in exposing many of the regime’s secret nuclear activities and for helping the world understand just how brutal and disrespectful the regime is in relation to human rights. They have also played a big part in revealing the regime’s support of terrorism.

The NCRI’s huge gathering in Paris in June shows that the issue of freedom and democracy in Iran is becoming stronger and stronger with time. It is gaining more attention on an international scale and, as the statement said, the sacrifices made by “many Iranian opposition activists to reveal the true character of the regime’s nuclear program” should be honoured.

The NCRI and Mrs. Maryam Rajavi’s 10-point plan should be backed as failing to do so “will only contribute to the rising threat of Islamic fundamentalism and terrorism in the region and the world over, since the theocracy in Tehran is the main source of religious fundamentalism”.

A talk at lunch that shifted the stance on Iran