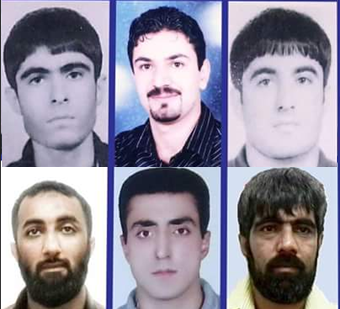 Tensions between Iran and Saudi Arabia have escalated following the execution of a Shiite cleric by the Saudi government, and the storming of the Saudi embassy in Tehran. The Iranian regime went out of its way to denounce the execution of the Shiite cleric Nimr al-Nimr, as a “big crime,” which would have consequences. What has been lost in the coverage of this conflict is the long history of systematic persecution of Sunnis within Iran.

The regime has actively used religious tensions to promote conflict abroad, and justify repression at home. Its repression of Sunnis is indicative of its true nature as a totalitarian dictatorship, and is not a reflection of an interfaith struggle between Sunnis and Shiites.

The regime in Iran has long targeted ethnic and religious minorities, particularly those who have fought for their own self-determination against this regime. This includes ethnic minorities such as Kurds and Baloch and Arabs who also happen to be Sunni Muslims. These minorities are often denied the ability to express their cultural and ethnic identities, and face institutional discrimination and repression in all levels of Iranian society.

To be sure, the executions carried out by the Saudi government should be condemned, yet Iran is in no position to claim moral outrage when it continues to lead the world in per capita execution rate. In fact Iran has a long history of using execution to target dissidents as well as religious minorities.

According to Al Arabiya, “the Supreme Court in Tehran ratified the executions of 27 Sunni preachers and sheikhs, having accused them of insurrection.” This past October, Iran also confirmed the death sentence for Sunni cleric Shahram Ahadi. Ahadi’s younger brother Bahram Ahmadi, was executed in 2012, along with five other Sunni preachers.

Iranian human rights groups, including HRANA have long documented the deplorable conditions of Sunni prisoners, and the unfair trials which they are subjected to. In an article on 27 Sunni prisoners on death row in Rajai Shahr Prison, HRANA notes:

“Most of these prisoners are arrested by the intelligent service between 2009 and 2010 in Kurdistan, and have been kept in solitary confinements for months before the trial, without having access to lawyer, or having contact with their families.”

The conflict between Iran and Saudi Arabia, as well as the plight of Iran’s Sunnis, is not the product of a Shiite and Sunni split. It is the result of a geopolitical battle for supremacy in the region. Iran has pursued an aggressive and expansionist foreign policy in Iraq, Yemen, Syria and Lebanon. These policies have led to immense pain and suffering for the people of the region.

The world should recognize Iran’s outrage over the Saudi executions for what they are, crocodile tears and shameless grandstanding designed to strengthen the regime’s strategic interests. The regime cares nothing for human rights, inside or outside of Iran, its only motivation is power.

Panah is an Iranian-American human rights activist and attorney focused on immigration and asylum in the San Francisco Bay Area.