Lord Maginnis: the Iranian Resistance has the momentum 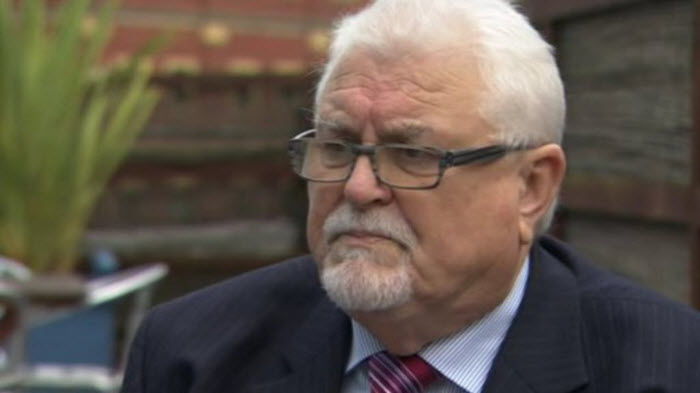 London, 19 Jul – In an article for The Diplomat on Tuesday, Lord Ken Maginnis argued that the Iranian Resistance, in the shape of the National Council of Resistance of Iran (NCRI), is building significant momentum against the regime in Tehran.

Reflecting on both the absence of moderation in the regime and the abundance of it in the opposition led by Maryam Rajavi, Lord Maginnis called on Western governments to re-think strategy towards Iran.

A year on from the nuclear deal with the regime, he argued, the twin hopes of a non-nuclear Iran and a moderate Iran have foundered. A covert nuclear programme continues (confirmed by German intelligence) with a parallel initiative in ballistic missile development. President Rouhani, Lord Maginnis said, “has exceeded the brutality and extremism of his predecessor,” citing both the regime’s support for Assad and a range of terrorist groups and the record number of executions taking place within Iran.

Lord Maginnis presented a contrasting snapshot of the Resistance, reflecting, in particular, on the July 9 rally of 100,000 Iranians. Noting not just the numbers of supporters who made their way to Paris from across the globe, he also saw huge significance in the nature of non-Iranian allies present at the rally.

Both senior Democrats and senior Republicans shared the same platform. Leading European and Middle Eastern decision-makers of all political hues also joined the alliance around the NCRI. Most significant of all in terms of the shifting geopolitics of the region, Lord Maginnis said, was the presence of Prince Turki bin Faisal Al-Saud.

A former ambassador and chief of intelligence for Saudi Arabia, his attendance represented “calculated statement by the Saudis” of the strength of the NCRI, Lord Maginnis said.
It was the vision of a secular, democratic and just Iran which brought together with the NCRI so many of disparate political faiths, he said.

That the winds of change are with the NCRI, Lord Maginnis said, was amply demonstrated in Tehran’s “hysterical reaction to the gathering,” which included summoning the French ambassador to Tehran. Such a reaction springs from fear of the gathering momentum around the Resistance.

He concludes, “Western governments and others in the region should take this message seriously and perhaps reconsider their position in how they seek to reform a regime that has, time without number, broken its commitments and been consistently so deceitful and destructive.”

Daily Mail: A man found guilty of adultery has...

Reuters: The Australian chairman of the U.N. Security Council's...