Iran hangs 18 prisoners, including at least one woman, in just two days 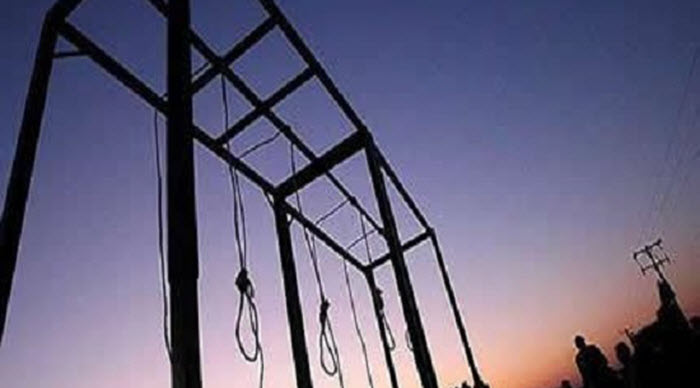 Eleven prisoners were hanged in Qezelhesar Prison in Karaj, north-west of Tehran, on Sunday, but only two have been identified; Saeed Saberi and Moslem Bahrami. The charges have not been specified but at least one member of this group was a woman.

Two men were hanged on Sunday, in a public square in the city’s Mehshahr District, according to the state-run Tasnim news agency. They have only been identified by their initials Q. J. and M. R.

Still on Sunday, another three men were hanged in prison in Birjand, eastern Iran. Mansour Zafarani, Yousef Barahoui, and Qassem Delshad were accused of drugs-related charges.

On Saturday, two unidentified prisoners aged 40 and 49, were hanged in Lakan Prison in Rasht, northern Iran, according to the state broadcaster, Islamic Republic of Iran Broadcasting (IRIB).

IRIB quoted Ahmad Siavosh-Pour, the provincial head of the judiciary, who said the pair were accused of drugs-related charges.

It was also revealed over the weekend that the regime hanged nine more prisoners in Gohardasht Prison in Karaj on July 13, but named only three: Seyyed Mohammad Taheri, Amir Khadem Rezaiyan, and Saeid Ahmadi.

On July 11, five men were hanged in the Central Prison of Arak, central Iran for drugs-related charges. They were identified as Masoud Taqi-Pour, Hassan Faraj-Pour, Mehdi Baqeri, Baqer Jalili and Hamid Haqvin.

Last month, in the lead-up to the Free Iran rally in Paris, over 270 Members of the European Parliament, across all member states and political groups, signed a joint statement which called for the European Union to “condition” its relations with Iran to an improvement to the human rights situation.

They were concerned about the rising execution rate since Hassan Rouhani came to power, lambasting the idea that he was an example of a moderate leader.

In their 2015 report on the Death Penalty, Amnesty International wrote: “Iran put at least 977 people to death in 2015, compared to at least 743 the year before.”
Iran alone accounted for 82% of all recorded executions in the Middle East and North Africa.

Over 2,500 executions have been carried out during Rouhani’s presidency; which Rouhani proclaims are examples of “God’s commandments” and “laws of the parliament that belong to the people”.

Sanctions on Iran Regime Extended for the Next Decade

November 25 was the International Day for the Elimination...