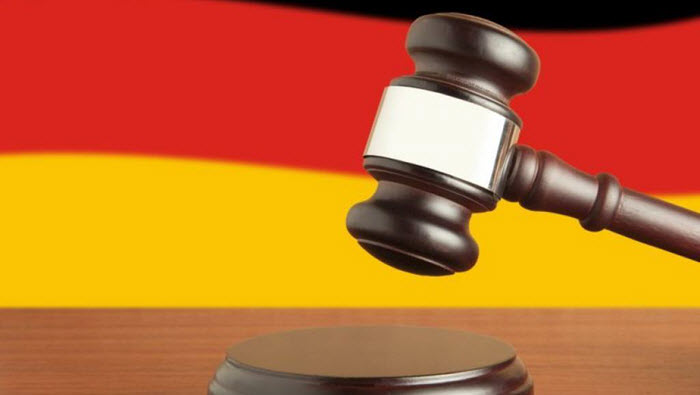 Iran Focus
Berlin, 20 Jul – An Iranian Intelligence Agent has been convicted in Germany of spying on Iranian Resistance members living abroad.
The National Council of Resistance of Iran (NCRI) has welcomed this conviction of the Ministry of Intelligence and Security (MOIS) agent and has urged foreign governments to prosecute and expel other regime spies.

The agent, Meysam Panahi, was spying on members of the NCRI and the People’s Mojahedin Organization of Iran (PMOI/ MEK). Despite posing as a refugee, Panahi had worked as a spy for three years and helped to recruit extra people to the Intelligence Agency, receiving 28,600 Euros from the MOIS in at least 30 payments.
The spies would then travel to Iran to receive espionage training with help from the Iranian embassies in Europe.

Germany’s prosecution said that Iran’s Intelligence Ministry created “secret networks” in the country to spy on and spread lies and half-truths to discredit the Iranian Resistance.

Panahi also admitted procuring and providing sensitive information about PMOI refugees living in Camp Ashraf and Camp Liberty in Iraq, who have been subjected to at least eight military and rocket attacks in the past seven years by the regime-affiliated terrorists. These attacks have killed 141 people and injured 1,400 and the NCRI said anyone who shared such intelligence with the mullahs’ regime is responsible for these crimes.

A representative for the NCRI said: “The prosecution of Panahi and other spies of the Iranian regime in Germany is necessary to ensure the safety of the regime’s opponents and members and supporters of the Iranian Resistance who are victims of the religious dictatorship ruling Iran.”

They continued: “This is a necessary step but is not enough; the regime’s spy network abroad and the officials of the regime responsible for running these networks in its various embassies must be prosecuted, sentenced and deported. Mullah Alavi, the regime’s Intelligence Minister, who oversees this network must be brought to justice. The majority of previously exposed members of the MOIS whose ties to the Iranian regime’s terrorism and spying mafia have been established continue to carry out their spying activities and cooperation with the MOIS freely across Europe, in particular in Germany.”

AFP: The US Treasury on Wednesday confirmed a probe...