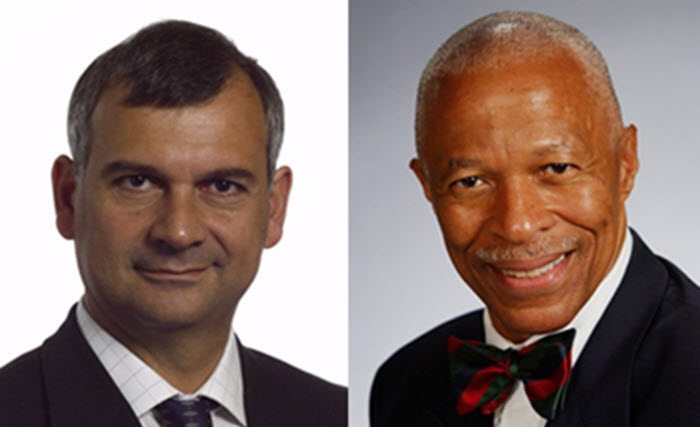 London, 2 September – Raymond Tanter, who was on the senior staff of the U.S. National Security Council, 1981-82, and now heads Iran Policy Committee Publishing, and Paulo Casaca, a member of the European Parliament, 1999-2009, and now directs the South Asia Democratic Forum, had this to say in an article in The Hill on August 31.

Next, they explained that, “In the context of presidential commentaries on intelligence, on Aug. 10, a leader of the U.S. House of Representatives Joint Task Force on Intelligence Analysis for the United States Central Command (CENTCOM), Mike Pompeo (R-Kan.), released a Report to investigate allegations of whistleblowers,” and they ask, “Was intelligence manipulated to present a positive spin on efforts to combat the Islamic State?”

The Pentagon’s Inspector General was left to use this report to determine the reason for a more positive light was shed on recent intelligence assessments. Did the report point to evidence that Team Obama was slanting the narrative about the war against terror? We things going so well that there was no need to redeploy U.S combat troops to Iraq or Syria?

Tanter and Casaca say that “On July 25, 2015, The Daily Beast reported that Gen. John Allen said the Islamic State was losing, and July 22, FBI Director James Comey described the movement as resorting to ‘crowdsourcing’ terrorism via social media to inspire attacks outside the Caliphate.”  They conclude that, “The year of 2015 dovetails with intensification of negotiations for the Iran nuclear deal, agreed to on July 14, 2015. This convergence in time might suggest the Obama White House was spinning similar stories about the war on terror and the nuclear deal.”

They allege that the Iranian regime infiltrated Washington, using the need for Farsi-speaking Iran experts to give Tehran foothold in the U.S. government.  They claim that this made selling the nuclear deal easy. According to Tanter and Casaca, “Political appointees seek results before the next election or prior to when they depart,” adding that, “Democracies are soft targets for Iran’s intelligence service to place experts. Because it is difficult to obtain a visa to enter Iran, journalists refrain from asking tough questions, e.g., about the Iran deal, which might compromise them.”

They go on to discuss Ben Rhodes, a White House staffer. David Samuels of The New York Times wrote on May 8, 2016, “that Rhodes shaped a ‘story’ of the Iran deal as necessary to reinforce the status of ‘moderates’ over ‘hardliners.’”  The New York Times, on April 17, 1992, reported how then-President of Iran, Ali Akbar Hashemi Rafsanjani, ‘sketched a false vision of a moderate Iran.’ Rafsanjani was part of a “death commission” that ordered executions for 30,000+ political prisoners in 1988. Tanter and Casaca say that, “The majority were activists of the PMOI, an assessment acknowledged by an historian not known to be friendly to the PMOI.”

Samuels said “By obtaining broad public currency for the thought that there was a significant split in the regime, and that the administration was reaching out to moderate-minded Iranians who wanted peaceful relations with their neighbors and with America, Obama was able to evade what might have otherwise been a divisive but clarifying debate over the actual policy choices that his administration was making.”

Samuels queried Leon Panetta, who headed CIA/DoD during the Obama administration: “Was there intelligence Iran was divided between moderates and hardliners?” he asked. “No,” Panetta answered.  Panetta criticized the role White House staffers played in national security, in his memoir, Worthy Fights.

“Western endorsement of the 2016 Iranian elections assumed it was better to choose the devil you know as lesser of two evils; but doing so ignored a third option, the PMOI. Critics of Rhodes point out that those allowed to run were fake moderates; the PMOI are the real moderates,” say Tanter and Casaca, who add, “Hoping that the nuclear deal will reinforce so-called Iranian moderates was not based on intelligence and should cease to be part of U.S. policy toward Iran.”

Iran ‘is training the next al-Qa’eda leaders’

Daily Telegraph: Iran is seeking to take control of...