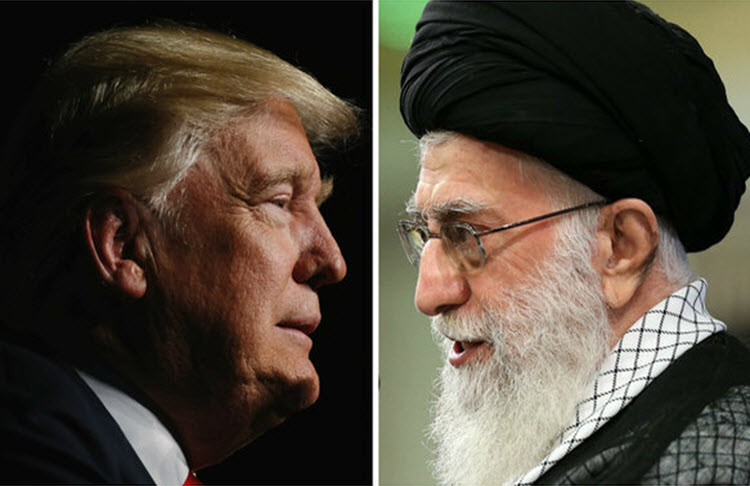 London, 2 Feb – The US policy on Iran has for the longest time been one of sanctions and appeasement but neither have worked. What could achieve real change within the Regime? Let’s find out.

Since 1979, Iran has been subjected to economic sanctions which were intended to encourage or force social and political change. However, Iran chose to ignore the economic implications, favouring oppressing its own people and disregarding basic human rights. In 2009, when Obama was sworn in as US President, the international community sought a different approach, despite the fact that by then, sanctions had nearly crippled the Regime.

Obama, along with the heads of five other countries, sought an appeasement deal with Iran. In exchange for sanctions relief, Iran would need to give up their quest for nuclear weapons. It was hoped that this plan would make allies out of enemies and curb Iran’s meddling in the middle east.

The deal was shaky, however, and barely enforced. Iran was getting all of the benefits but only paying lip service to its responsibilities.

Further, the deal did not address the serious issues of human rights violations within Iran; leaving political prisoners at the non-existent mercy of the mullahs.

The sanctions relief provided money which the Regime funnelled into their military rather than the health or education sectors, and it was the ordinary Iranians who paid the price.

The US policy of appeasement towards Iran has failed; so, what to do now?

Economic sanctions, a military intervention, and opposing human rights violations in Iran would be a good start. The best way to deal with the Iranian Regime, however, is to work with their democratic opposition.

The Iranian Regime has tried to contain any sort of dissidence through force, imprisonment and torture. In 1988, they executed 30,000 political prisoners (mainly members of the People’s Mojahedin Organization of Iran (PMOI/MEK)) and the Regime continues to execute political prisoners to this day.

This demonstrates how scared the Regime is of the Resistance; those in charge do not react violently to an opposition that they don’t believe can overthrow them.

The NCRI (National Council of Resistance of Iran) has constantly shone a light on the human rights violations within Iran, while the PMOI has been responsible for revealing Iran’s secret nuclear base to American in 2002 and countless other secret Iranian plots.

President-Elect of the Resistance, Maryam Rajavi continues to raise awareness about the conditions in Iran under the mullahs’ regime and acts as the President-in-exile by meeting with world leaders.

Rajavi rejects the idea of appeasing a Regime who oppress its own people and commits “crimes against humanity”.

So for Donald Trump, and his cabinet of Iran sceptics, the choice should be clear; work with the Iranian Resistance if you want to achieve peace in the middle east, and bring the Regime members responsible for the 1988 massacre to justice before an international court.

AP: Iran says it has not received any request...