Iran: Biggest Threat to Security in the Middle East and Beyond 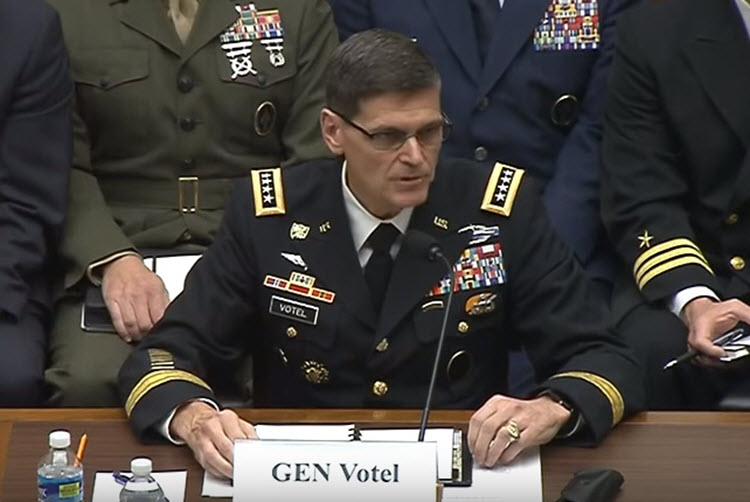 London, 11 Mar – Army Gen. Joseph Votel told the Senate Committee on Armed Services that Iran is the biggest threat to security in the Middle East. He said that the region is very unstable and is a breeding ground for further conflict.

He emphasised that is the most important and immediate concern in the Middle East.

He said: “We are also dealing with a range of malign activities perpetrated by Iran and its proxies operating in the region. It is my view that Iran poses the greatest long-term threat to stability for this part of the world.”

Votel said that Iran’s actions in Syria, its support for the country’s dictator Assad and it mistreatment towards the Shia Muslim population centres are some of the examples of Iran’s “malign” activities.

Over the past few months, tension between the United States and Iran has been rising. Iran has test fired numerous missiles and Iranian vessels have approached US ships with boat swarm tactics in the Persian Gulf. The Islamic Republic has also spoken strongly against the US and its allies.

The US has criticised Iran and its support of proxy militia groups that are spread across the region. The Houthis in Yemen are actively engaged against the Saudi-supported government and the US. A conglomerate of mainly Shia militia units – the Popular Mobilization Units – is supported by Iran. It is playing a major role in the battle against the Islamic State in Iraq which is giving Iran the opportunity to embed itself within the government of Iraq.

A fellow at the American Enterprise Institute and expert on Iranian strategy, Matthew McInnis, testified before the Senate Committee on Foreign Relations last year. He said: “Since Iran cannot strike the U.S. homeland conventionally the way the United States can strike the Iranian homeland with near impunity, Tehran seeks ways to balance the deterrence equation by threatening U.S. interests worldwide through proxy terrorism and asymmetric operations.”

He also said that Iran is going to keep using proxy groups in efforts to deter the US, which will leave the US exposed to the threat of Iran for the foreseeable future.